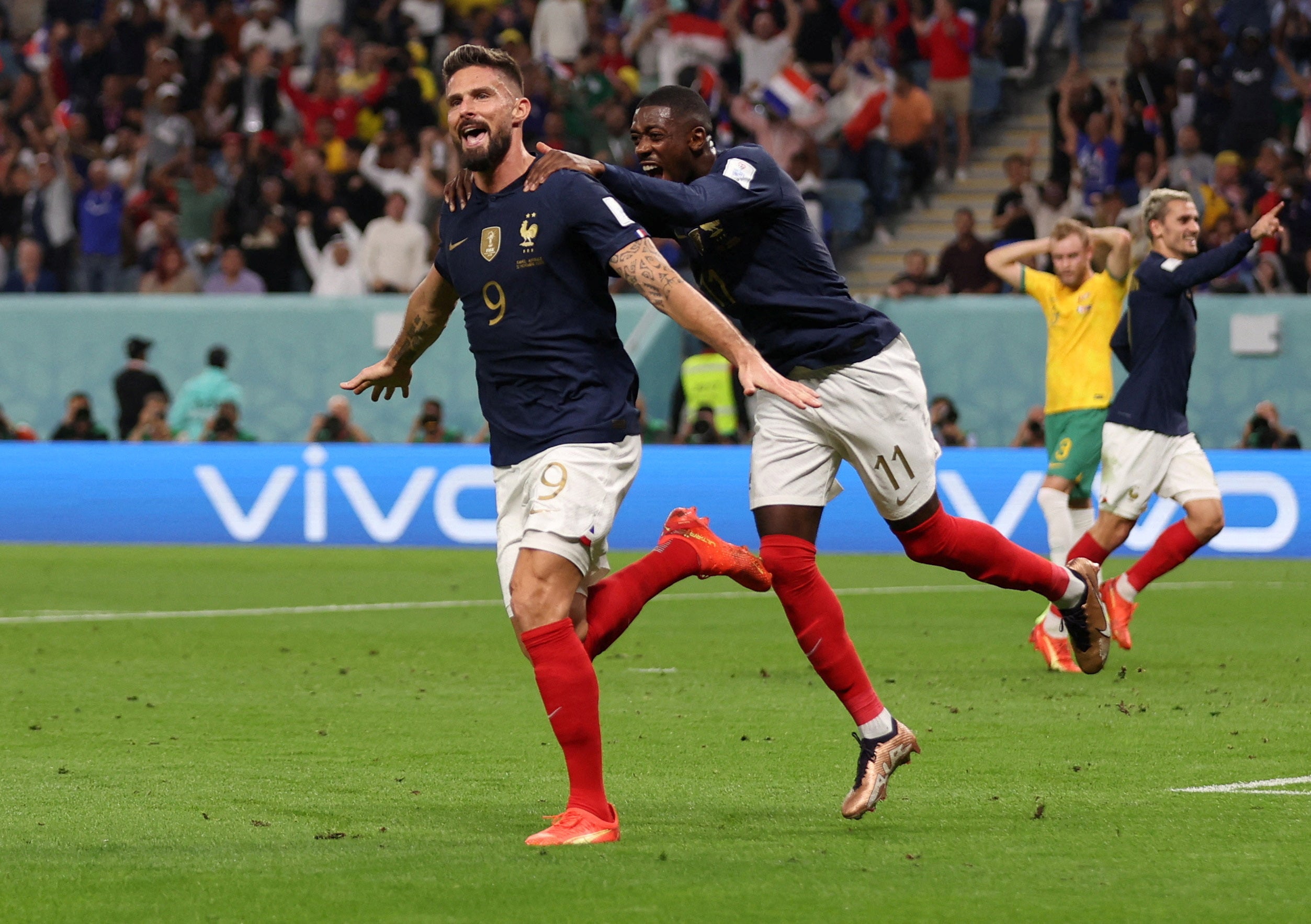 DOHA – Olivier Giroud will bid to become France’s all-time top scorer when they face Denmark in Group D at the World Cup on Saturday, with ‘Les Blues’ looking for a victory that will take them into the round of 16 with a game to spare in Qatar.

Target man Giroud is level with Thierry Henry on 51 goals after scoring twice in their 4-1 win against Australia on Tuesday.

“Titi, I’m coming for you,” Giroud joked after the Australia game, during which he benefited from the impressive work of Kylian Mbappe.

While the defending champions got their campaign off to a convincing start there will be no complacency going into the match against Denmark. Didier Deschamps’ side lost their last two meetings with the Danes in the Nations League.

Attacking players Mbappe, Giroud, Antoine Griezmann and Ousmane Dembele all started against Australia but Deschamps may be tempted to take a more cautious approach on Saturday.

“We saw that there are no small teams in modern football. We saw it against Denmark,” said Dembele, his memory fresh from the two recent losses against the Danes.

In central defense, Deschamps might be able to call upon the experienced Raphael Varane as he continues his recovery from a hamstring injury while Theo Hernandez should start at left back after his brother Lucas was ruled out of the competition with a knee injury.

Denmark was held to a scoreless draw against Tunisia in their opener and manager Kasper Hjulmand said they would have to up the tempo against France.

“If you’re not speeding up against France, you’re probably in trouble … we must step up, but we are ready to do it, to find ourselves again,” Hjulmand told reporters.

“I wish the best of Ollie, but hopefully I have an advantage,” he said. “Ollie is also one of the best strikers in the box in my opinion, probably underrated as a striker.”

The Danes will be missing midfielder Thomas Delaney, who suffered a knee injury in the first half against Tunisia and has been ruled out for the rest of the tournament.