Elasto Painters keep themselves in thick of quarterfinals chase, but Guiao wary over looming date with dangerous powerhouse | Inquirer Sports

Elasto Painters keep themselves in thick of quarterfinals chase, but Guiao wary over looming date with dangerous powerhouse 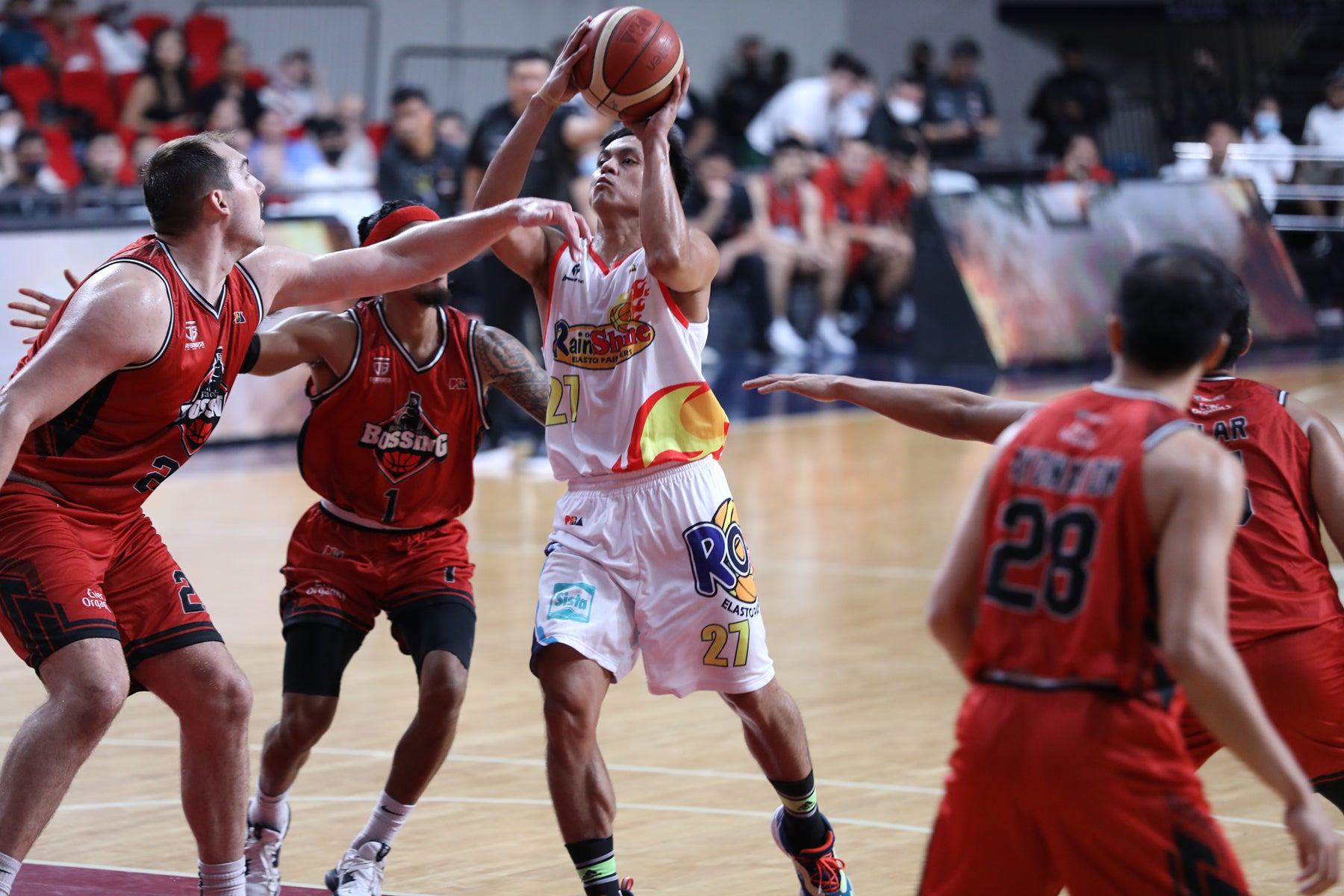 And he gave his unease a name.

“We’ll be facing a tough opponent in Magnolia,” Guiao said after the Elasto Painters’ 116-97 rout of the Bossing on Friday in a game that served as an early preparation for their final elimination round match against one of the top contenders for the crown.

The triumph, fashioned out inside Philsports Arena in Pasig City, put Rain or Shine at 5-6 (win-loss) going into a likely make-or-break affair on Dec. 2 at the same venue.

Guiao is convinced that the Elasto Painters will be in for a gargantuan battle, one his team won’t back down from.

“We have one week to prepare for Magnolia, and we’ll do what we can to at least give them a good fight,” Guiao said in Filipino.

An upset may assure Rain or Shine a ticket to the next phase of the midseason tourney. But a defeat could result in either a playoff for the eighth and final spot or an early vacation.

At the moment, Rain or Shine has moved into a share of seventh and eighth with Phoenix, which will play Terrafirma on Saturday. Behind them are Meralco at 4-5 and an embattled TNT side at 4-7.

The Tropang Giga are headed into a fight for survival against San Miguel Beer on Saturday.

Guiao is hoping that Rey Nambatac and import Ryan Pearson, who provided the Painters with key production against , can carry their performance into its faceoff with Magnolia.

Nambatac fired 21 points to redeem himself after an ill-timed decision he made in Rain or Shine’s epic collapse against Converge last Nov. 13.

In that game, Nambatac opted to go for a three-pointer instead of a higher percentage shot and the Elasto Painters lost 102-101 after throwing away a 17-point lead.

As a result, Nambatac received some important pointers from Guiao.

“My motivation coming into this game was to repay Coach Yeng and my teammates,” said Nambatac. “And the best way to do that was to bounce back so that I could shake off the frustrations that I have towards myself.”

Pearson had 22 points, 12 rebounds and five assists in his third game since replacing Steve Taylor Jr, this ending up with his first victory wearing a Rain or Shine jersey.

“We had a lot of practice time in between these three games. So I think that really helped us to kinda mesh well, kinda get comfortable with each other on and off the court,” said Pearson.

Blackwater finished the elimination round with a 3-9 record, becoming the second team to miss the quarterfinals after the doormat Dyip.

The nightcap saw NLEX pulling off a stunning 120-117 overtime victory over Barangay Ginebra to fan its slim playoff hopes.

NLEX improved to 4-7, but the bigger impact of its upset was dropping the Gin Kings to 7-3 and in danger of missing the twice-to-beat playoff bonus.