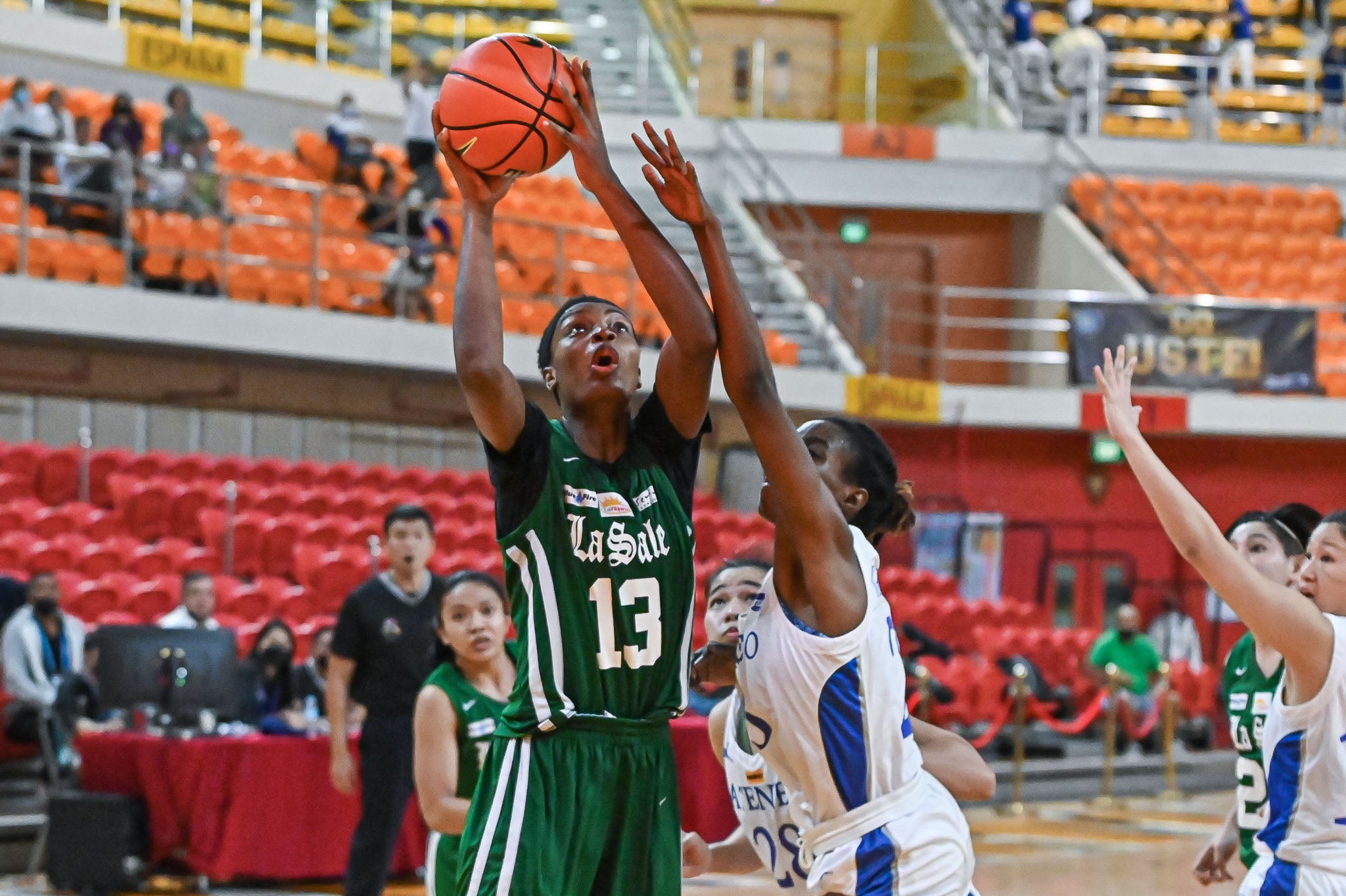 Three UAAP basketball players were handed one-game suspensions that will banish them from Saturday’s playdate, including the lead figure of La Salle’s smashing upset of National University (NU) that ended the Lady Bulldogs historic winning run at 108 games.

Fina Niantcho Tchuido, who finished with 14 points and 19 rebounds to spearhead the Lady Archers’ 61-57 overtime victory over their previously untouchable foes last Wednesday, was frozen for one game due to “biting”.

According to a league announcement issued on Friday, “[t]he incident happened with 2:19 remaining in overtime when Niantcho Tchuido was caught biting [NU’s] Kristine Cayabyab during a dead ball situation.”

No other details of the incident were released.

Niantcho Tchuido will miss her team’s match against University of the East (UE) on Saturday.

NU’s Kean Baclaan, on the other hand, will also be absent when the Bulldogs battle the Adamson Falcons on Saturday for trying to get referees to bite on his “fake” fouls.

Baclaan, a former University of Santo Tomas standout reeled in by the Bulldogs, was slapped two technical fouls during the Bulldogs’ game versus the La Salle Green Archers last Wednesday.

Baclaan was ejected after his second technical foul at the 8:43 mark of the third period.

UAAP officials deemed Baclaan to be “faking a foul” on both instances.

The Blue Eagles standout was ejected in their game against UE after hitting Kamba Kone of UE with a closed fist in the first quarter.

Makanjuola will miss her team’s closing game against the University of the Philippines.