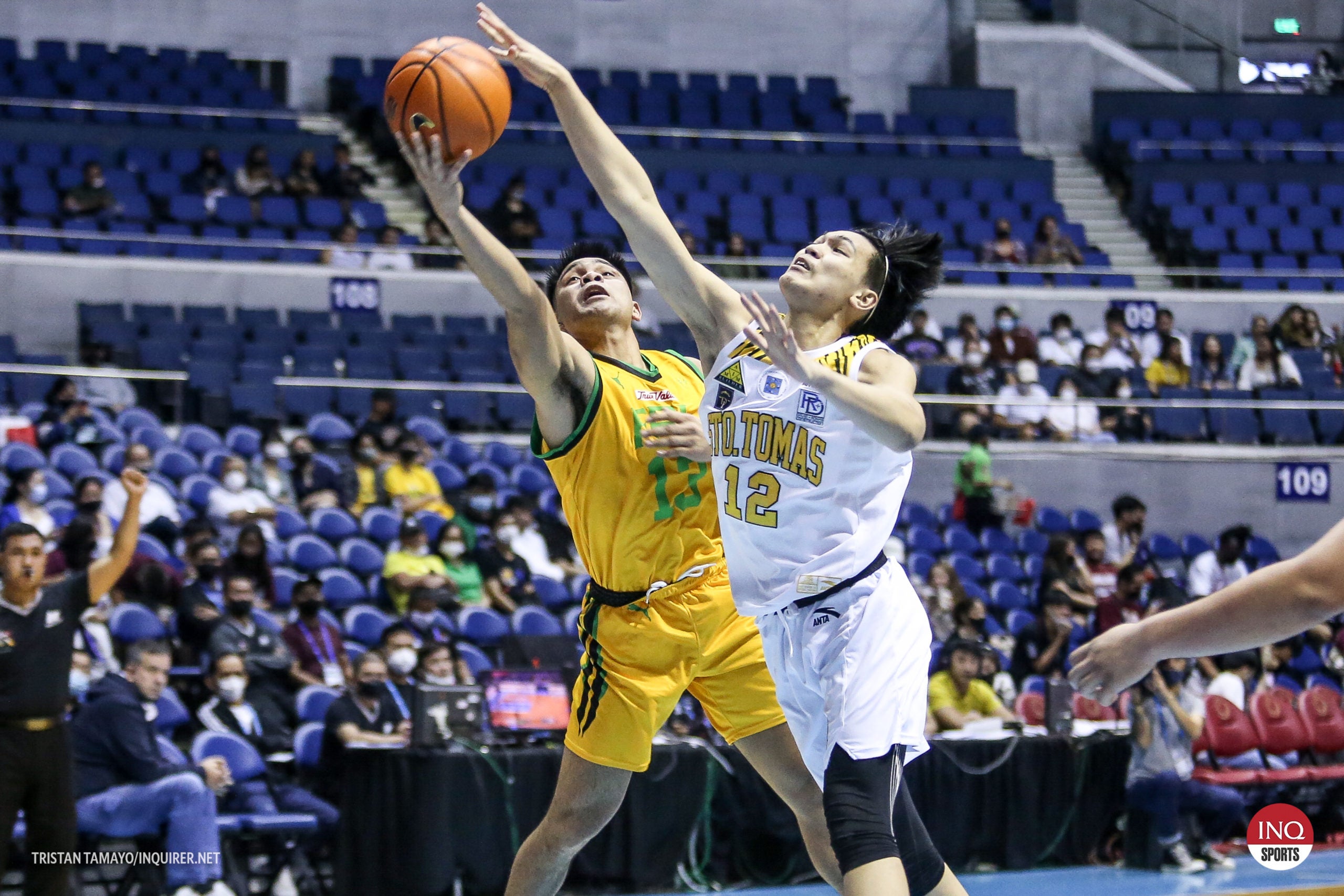 With pride as their consummate motivator, the Tamaraws closed out their campaign with a 77-62 beating of the University of Santo Tomas Growling Tigers on Saturday at the Araneta Coliseum.

L-Jay Gonzales scored 15 points and Bryan Sajonia added 11 on FEU’s farewell game after missing the semifinals for the first time in eight seasons.

“I told them in practice that our situation is really something different because we didn’t make it in the Final Four. We’re used to having a post-season,” said FEU coach Olsen Racela, whose Tamaraws completed the 14-game eliminations with a 5-9 record.

“But I told them we can also do something different today, and that is to finish the season with a win. I promised to use every single player in this game and I did that,” added Racela.

The Tamaraws dropped their first five assignments of the season and made a serious bid for the playoffs with a streak of their own midway through before falling short of securing a Final Four berth.

As for the Tigers, the exasperation continues to haunt them after dropping their 12th straight match after a season-opening win over the Adamson Falcons.

Ivan Lazarte scored 13 points while Christian Manaytay and Adama Faye added 10 apiece for the Tigers, who were in the thick of the fight three-fourths of the way before losing control in the last quarter.

The Tigers will conclude their season against the La Salle Green Archers on Wednesday.