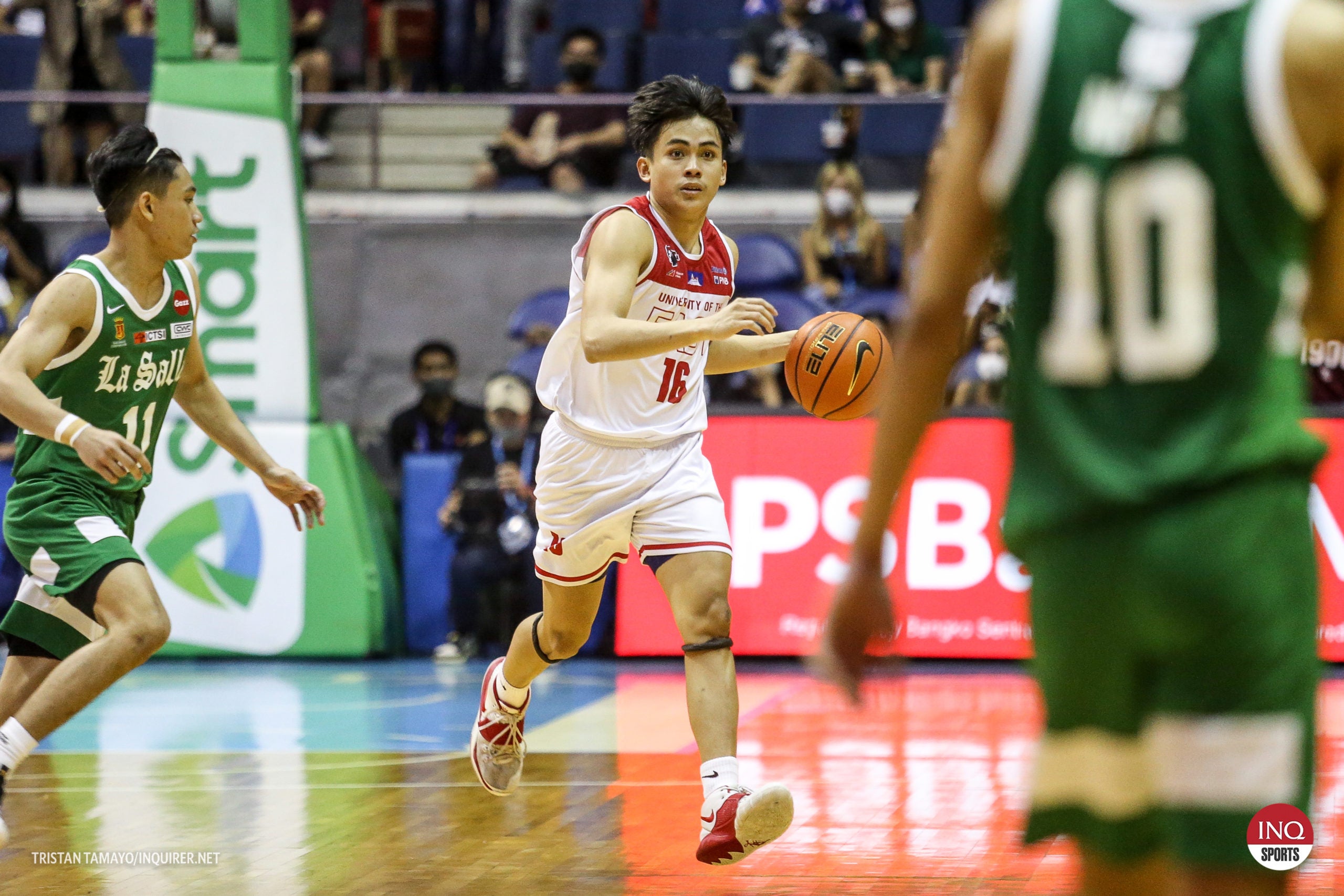 MANILA, Philippines — Rey Remogat, a walk-in aspirant in the offseason tryouts, showed a glimpse of what he can do for University of the East after making the most of the opportunity given to him by coach Jack Santiago in their last two games of the UAAP Season 85 men’s basketball tournament.

The rookie guard unleashed a career-high 24 points, including a dagger three in overtime, to end UE’s season with a morale-boosting 80-72 victory over La Salle on Saturday at Smart Araneta Coliseum.

Remogat flashed his idol Steph Curry’s “Night Night” celebration after hitting the clutch triple as the Red Warriors finished their stint with a 5-9 record — a big leap from their 0-14 in Season 84.

“When I got the ball, I saw the shot clock with only three seconds remaining. I had no choice but I was confident with every shot I took,” said Remogat in Filipino after catching fire in the second half, where he scored 20 of his 24-point explosion.

“I was hyped up when my shot went in and Steph Curry is my idol so I did his celebration.”

“It feels good to get this kind of win, especially against a big school. Our motivation came from our loss to Ateneo last game. It was a close game but we failed to finish strong. Today, we executed what we wanted to do,” he added.

The seldomly-used Remogat, who scored only a total of 14 points in his first 12 games, introduced himself in the last two games, averaging 22.5 points including a breakout game in a 69-66 overtime loss to Ateneo on Wednesday where he fired 21 points.

Santiago knew that the former Far Eastern University Baby Tamaraw will come out of his shell after being overshadowed by Paranada brothers Nikko and Kyle.

“He’s been playing well for us in practice. He’s just overshadowed by the Paranada brothers. We all know that they led us to wins in the first round,” said Santiago in Filipino. “He wasn’t even supposed to play against Ateneo as he texted me that he’s not feeling well. But I had a feeling that was his time. So I asked him to go to the game and he was the first player to arrive, showing he was ready and focused. We may have lost but at least he had his breakout game.”

Remogat couldn’t be more grateful to his coach for giving him the opportunity.

“I’m glad because even though we’re out of the Final Four I was able to show my talent. We’re blessed to have a coach like coach Jack, who gives us confidence as long as we stick to the system,” he said.

With Nikko Paranada graduating with Luis Villegas and CJ Payawal, Santiago is counting on Remogat to fill in his position and embrace a bigger role for Season 86 next year.

Set to get a bigger responsibility next season, Remogat is eager to help the Red Warriors make the leap from the dark horse to legit contenders.

“At the start of this season, I was ready. I just waited for my chance. Next season, we are ready. We cannot be contented being named as a dark horse. Our opponents should respect us as a high(level) team,” Remogat said.