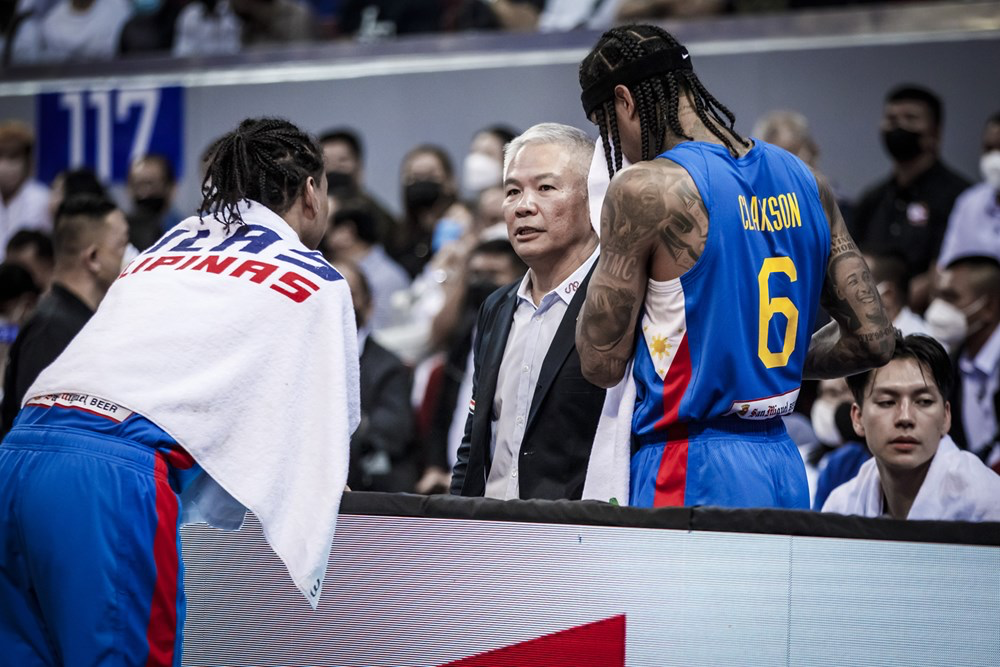 MANILA, Philippines—Acknowledging how much of a struggle it has been for both the national cage program and its head coach, Samahang Basketbol ng Pilipinas president Al Panlilio said that Chot Reyes’ juggling act with TNT and Gilas Pilipinas needs to be revisited.

“That’s something we need to address, I think. It’s unfair to him, the national team, and even TNT,” he told reporters on Tuesday, shortly after the launch of the Volunteer Program for the 2023 Fiba World Cup.

“I’m the president of that company, so I think it’s something that I think we should address with the governor of TNT and chairman of the (Philippine Basketball Association) Ricky Vargas,” added Panlilio, who heads telco giant PLDT.

“We will also have consultations with (chair emeritus Manny V. Pangilinan) as to how to move forward,” Panlilio went on.

Reyes has been juggling TNT and national team duties since February when he was reappointed to the Gilas saddle after the exit of Tab Baldwin.

Before that, Reyes has been focused only on the Tropang Giga franchise after coming back from a nine-year sabbatical. He managed to steer the club back to PBA glory after winning its first title in six years during the 2021 Philippine Cup in Bacolor, Pampanga.

Reyes handled the Gilas program at a full-time capacity a total of three times throughout his career.  The first time was in 2005, and the second in 2012 which resulted in a World Cup appearance and a milestone first victory—against Senegal in overtime—in the global showcase.

The third time hasn’t been exactly smooth for Reyes, with Gilas figuring in an up-and-down campaign marred by manpower woes and a botched title defense in the Southeast Asian Games in Vietnam.

“It’s a jam-packed calendar next year, and to your point—even beyond the World Cup, [we have] the Asian Games,” Panlilio said. “So, technically, Chot will be up to his head the whole year—and that’s only for the national program alone.”

“I think we will have to decide on how we handle the TNT situation. At least for that moment, right?” he added.

SBP eyes US, Europe camps for Gilas ahead of Fiba World Cup