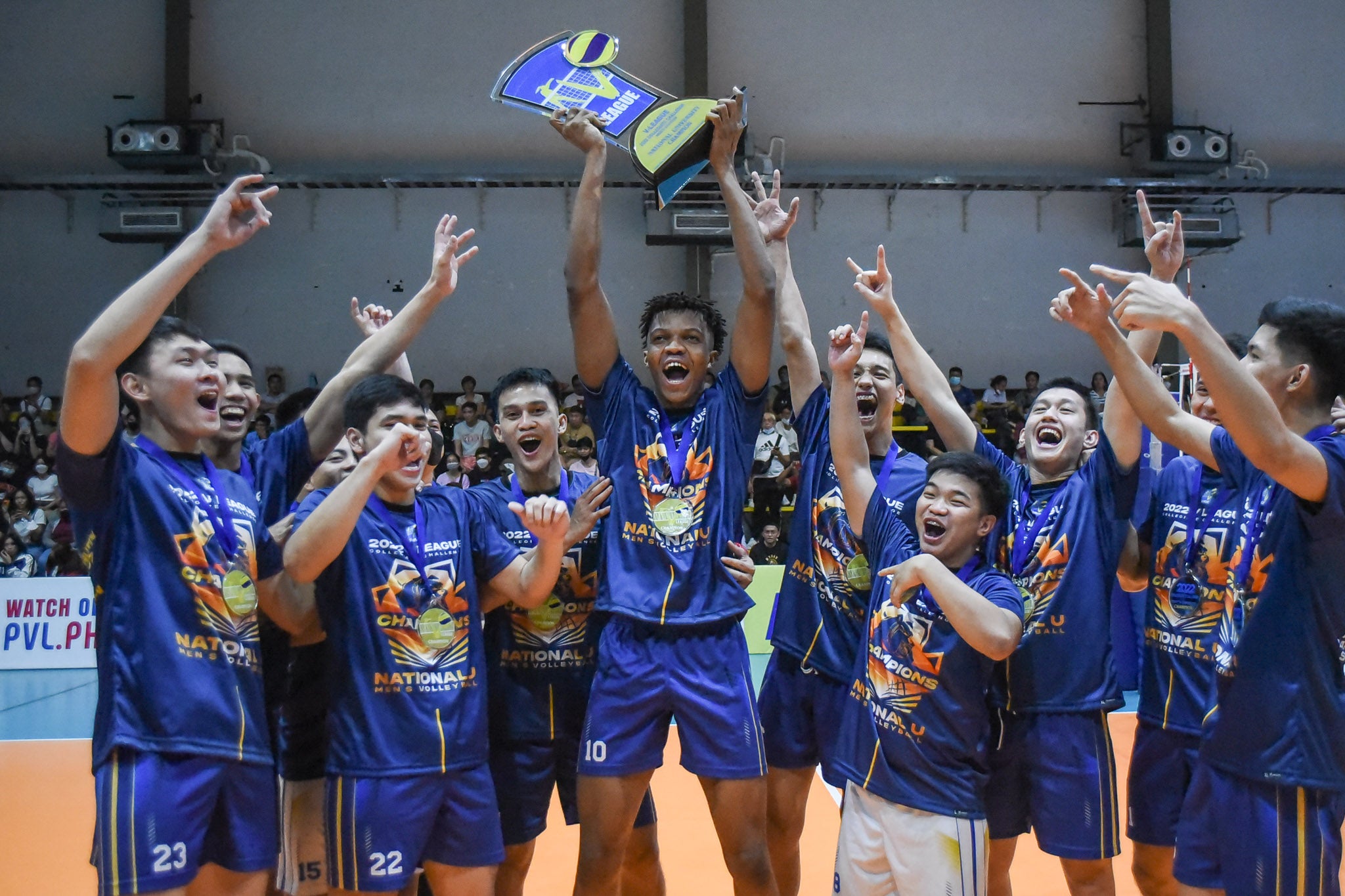 The V-League crown is the Bulldogs’ second straight title after defeating the Cignal HD Spikers in the recent Spikers Turf.

“This do-or-die game, I saw that they really wanted to be champions unlike in Game two. They got too relaxed then, they got content with what we did,” coach Dante Alinsunurin said.

The Bulldogs were at championship point, 24-20, in the third set, when Nico Almendras failed to serve successfully, hitting the net to give the Tiger Spikers a chance to extend.

During a rally at match point, Kennry Malinis hit a kill from a combination play to seal the deal for NU. Malinis finished with 12 points.

UST held a slim 22-20 lead in the second set but the Tiger Spikers went on an error spree, giving the Bulldogs a chance to capitalize and score five consecutive set points to get a comfortable 2-0 lead.