PBA 3×3: Cavitex wins Leg 5 title, gets back at Platinum 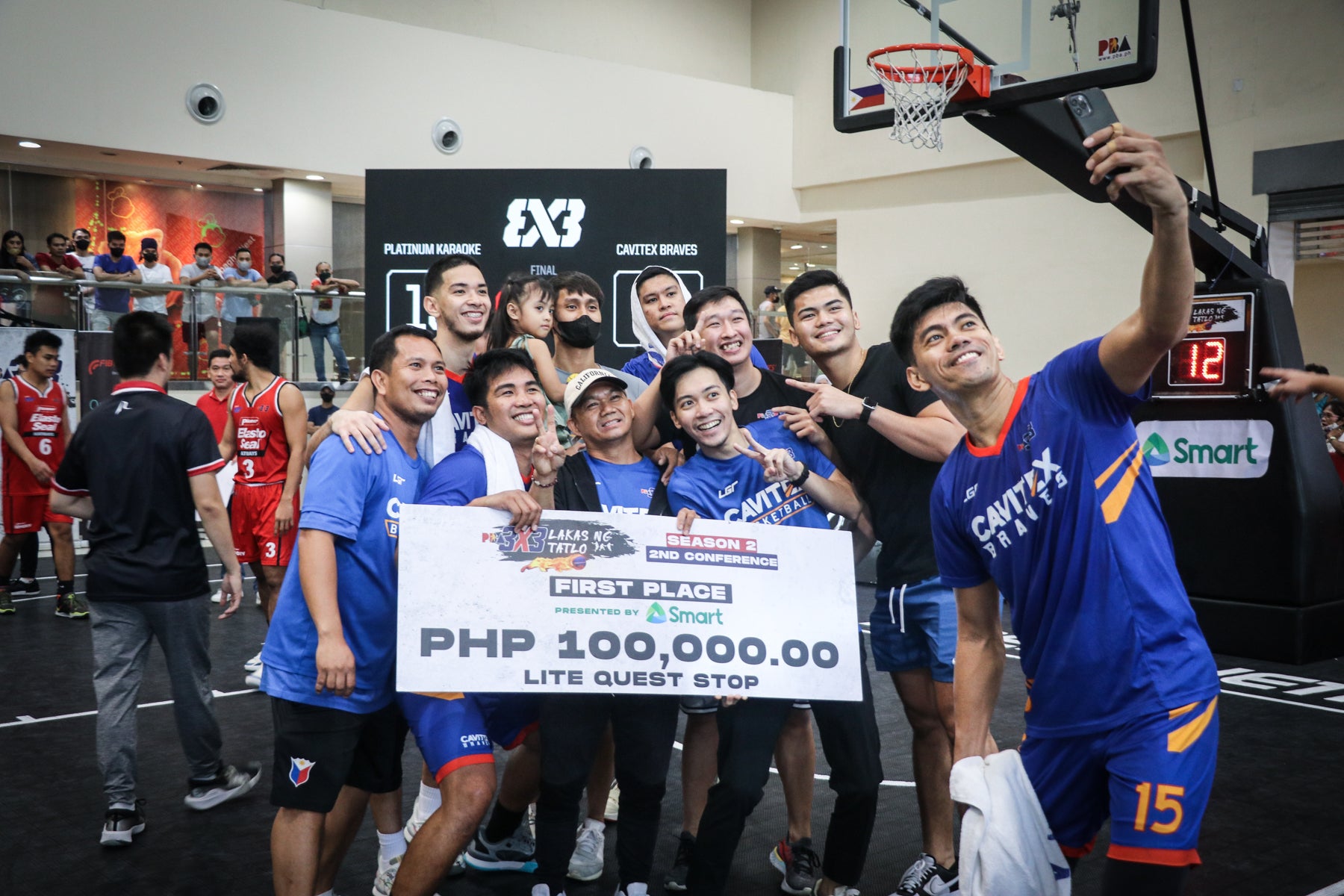 The Braves set the tone of the Leg 5 finals early on behind the guns of Dominick Fajardo and Chester Saldua, who alternated giving the team a 10-2 lead with just four minutes gone by in the game.

Platinum never recovered from the slow start as the Braves never let up and coasted to their first championship this conference worth P100,000.

Tzaddy Rangel completed the championship quartet of the Braves coached by Emman Monfort.

The win avenged the Braves’ close 13-12 loss to Platinum Karaoke in the Leg 4 finals a week ago. It also ended the team’s pair of runner-up finishes in the previous two legs.

Platinum Karaoke got four points each from Raphael Banal, Yutien Andrada, and Yves Sazon, while top gun Terrence Tumalip was held to a single point on 1-of-5 shooting from the field.

Pioneer Elastoseal meanwhile, clinched a podium finish for the first time this season by beating Barangay Ginebra in the battle for third place, 17-14.

The Katibays went home with P30,000 in their best finish so far since placing fourth in Leg 5 of the First Conference.

On the way to the top, Cavitex dispatched Blackwater in the quarterfinals, 16-12, and eliminated Pioneer Elastoseal, 22-14, in the semis.

Platinum, on the other hand, disposed of Meralco (17-15) and Barangay Ginebra (21-11) to arrange the rematch against the Braves