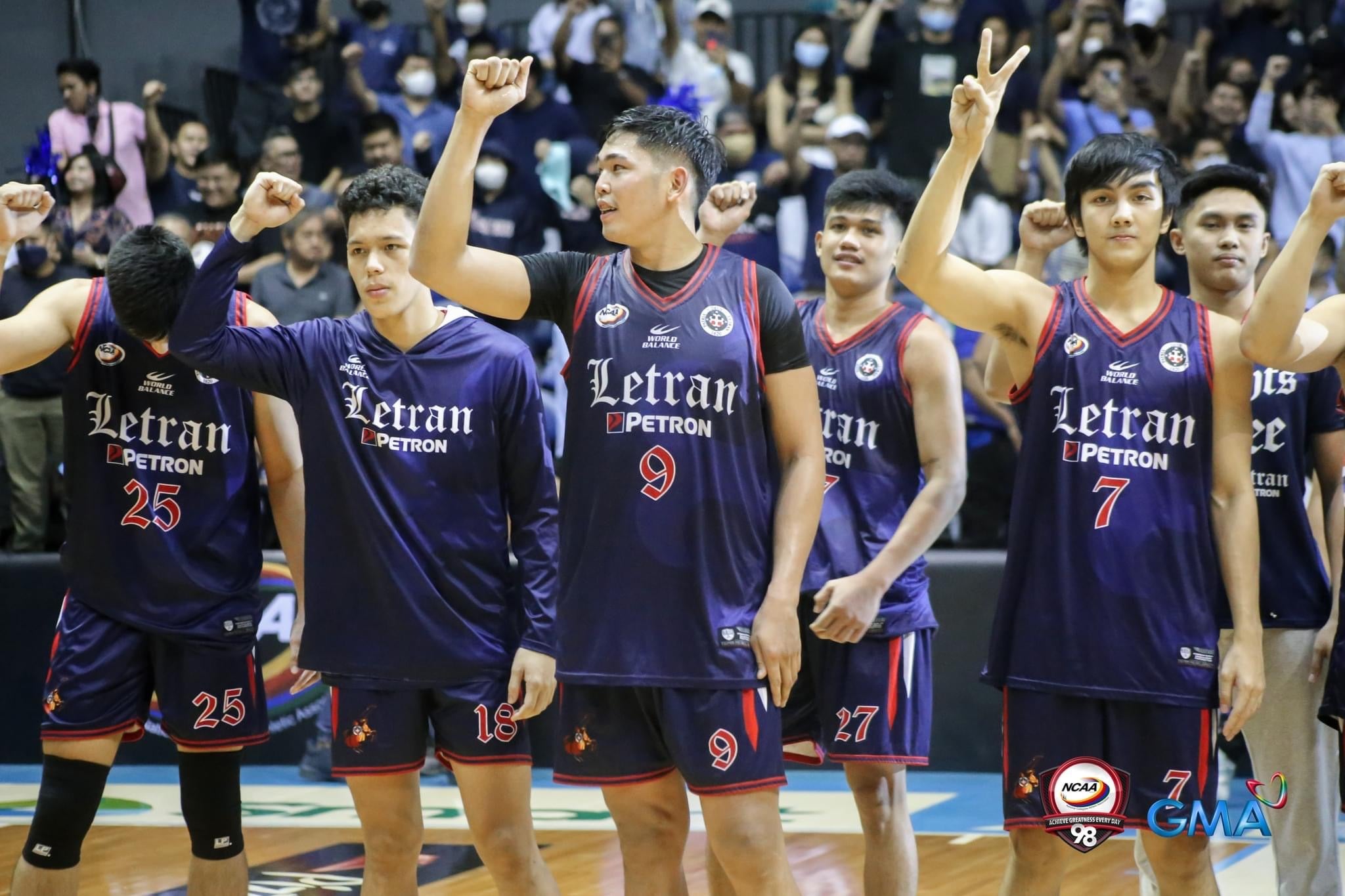 The Letran Knights after the NCAA Finals Game 1. —NCAA PHOTO

MANILA, Philippines—The NCAA has suspended Letran’s Kyle Tolentino for one game and reprimanded Pao Javillonar for his “unsportsmanlike” actions towards St. Benilde’s Will Gozum.

Tolentino will be serving a one-game suspension in Game 2 of the NCAA Finals as after occupying College of St. Benilde’s Migs Oczon’s landing spot in a three-point attempt that resulted in injury during the Knights’ 81-75 win over Blazers on Sunday.

Oczon will be unavailable for game two of the finals due to an ankle sprain, according to coach Charles Tiu.

Javillonar, on the other hand, was given a strong reprimand after touching the private part of Gozum, which had been clearly caught on official game video.

The forward’s butt-poking antics, the NCAA said, is “violation of applicable rules under the NCAA Manual of Operations on making provocative gestures; using foul gestures; and taunting, making fun of another player or person.”

The league also said that a repetition of such  actions would merit Javillonar “a stricter penalty.”

The Knight is also required to issue a public apology and do community service.

Game 2  of the Season 98 Finals is on Sunday, 3 pm, at Araneta Coliseum with Letran needing just one more win to gain its third straight title.