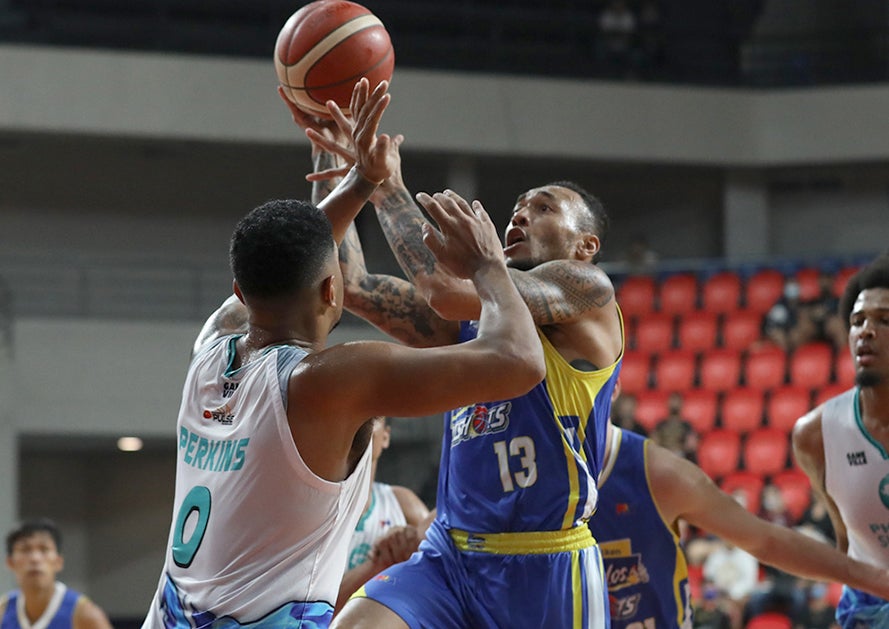 MANILA, Philippines–Magnolia held off undermanned but hard-fighting Phoenix on Friday night, carving out a 102-95 victory to secure a semifinal berth in the PBA Commissioner’s Cup.

The Hotshots—like visiting Bay Area—also took the shorter route to the Final Four behind the efforts of import Nick Rakocevic and the club’s grizzled veterans Calvin Mark Barroca, Paul Lee, and Calvin Abueva.

“It took us a while—until the final quarter to figure things out. It’s just the will of the players that prevailed,” said assistant Jason Webb, who was filling in for head coach Chito Victolero who was placed under the league’s health and safety protocols.

“We wanted this one and they truly played that way,” Webb went on.

Rakocevic put up 18 points and 13 rebounds spiked with five blocks and four steals. Abueva led the lot with 19 points while Barroca and Lee chipped in 16 and 15, respectively.

The Fuel Masters, who also missed four key players—including battle-hardened guards RJ Jazul and RR Garcia to health protocols—still managed to keep things close all thanks to newcomers Tyler Tio who finished with 18 points, and Encho Serrano who had 16.

Phoenix managed to knot the affair at 86-all halfway through the final frame to make things interesting.

But Rakocevic—swollen foot and all—was not going to allow twice-to-beat Magnolia to fish for its playoff armor. He greased the Hotshots’ fightback late to seal the club’s place in the next round and set up a clash against either sister team Barangay Ginebra or NorthPort.

Depending on the results of Saturday’s matches, the semifinals could begin on either Wednesday or Friday.

The Dragons, who thrashed Rain or Shine 126-96 in the curtain raiser, await the winner of the San Miguel-Converge contest.