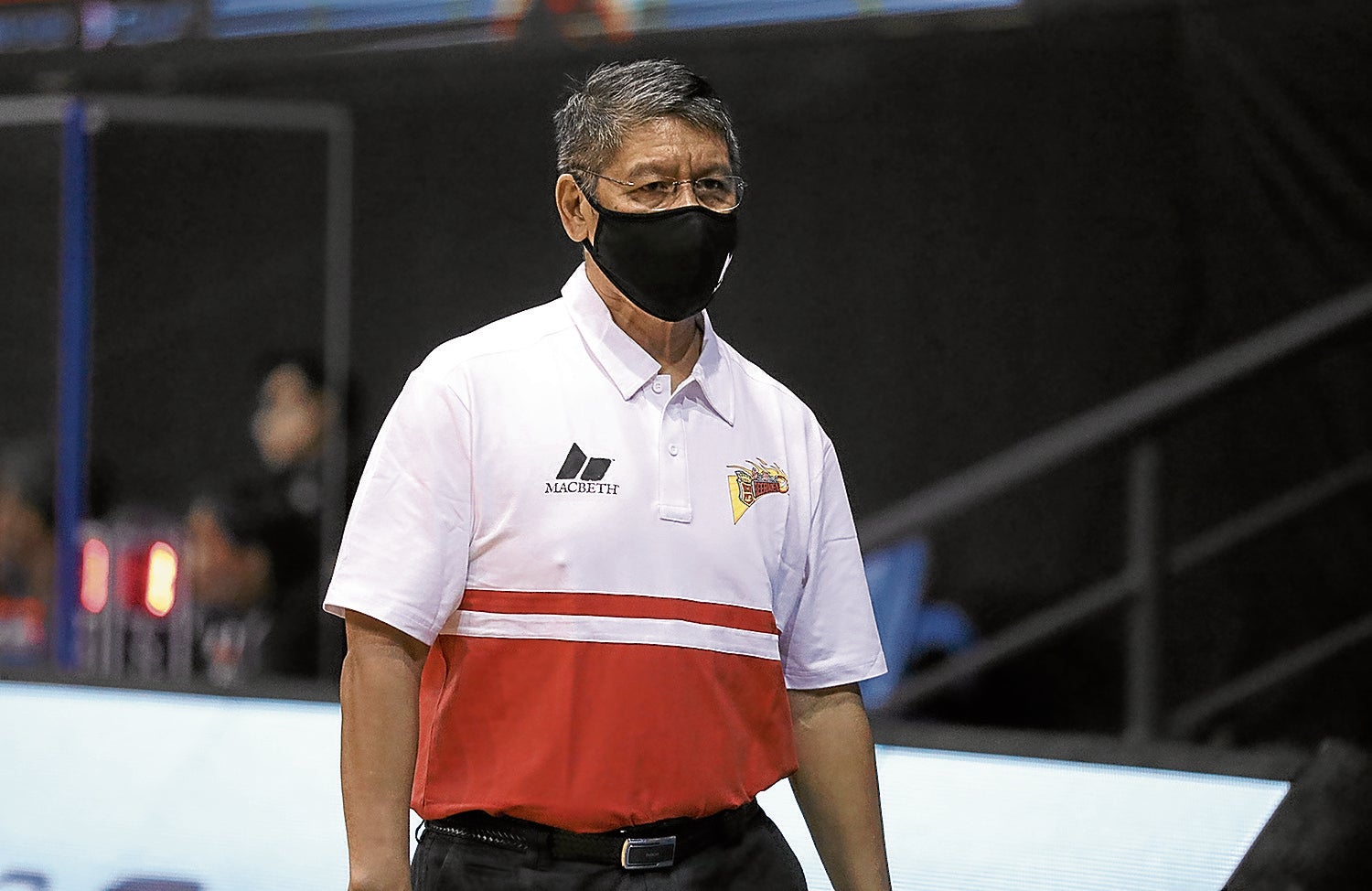 San Miguel Beer enters a new era under longtime assistant coach Jorge Gallent, whose promotion to the top spot as a replacement for Leo Austria was not without questions.

San Miguel management released a statement on Saturday saying Austria had sought a ‘coaching sabbatical’ after a stint highlighted by nine championships and multiple Coach of the Year trophies.

Team manager Gee Abadilla confirmed the coaching change and added that Austria was retained as a consultant.

“Coach Leo met with management a few days ago and informed us that he wishes to take a coaching sabbatical for personal reasons starting the Governors’ Cup,” Abanilla said Saturday. “We respect his decision and we understand his situation as we fully support whatever he needs.

“With this development, he will remain with the team as a consultant and we have elevated Jorge Gallent as the head coach,” he added.

The media was tipped off about the coaching change when the official lineups released by the Philippine Basketball Association (PBA) showed Gallent as the man now tasked to take charge of the Beermen ahead of the season-ending Governors’ Cup which starts Sunday.

There were murmurs on social media, however, that there might be a different story to the coaching switch, especially after a member of the Austria family offered a different take when news of the change at the San Miguel camp was formalized.

“These people can’t even get their statements right. Scrambling for imaginary excuses,” said Austria’s son Bacon on his Twitter account.

Speculation was rampant on Austria’s exit, even during San Miguel’s 2022 Philippine Cup Finals meeting against TNT in early-September. The Beermen won in seven games after overcoming a 3-2 deficit.

Then, Austria was placed under health and safety protocols midway in the Commissioner’s Cup eliminations as San Miguel was slumping to a 3-5 card. The Beermen tapped Gallent, who steered the Beermen to four straight wins to secure the quarterfinals berth.

San Miguel’s run of form under Gallent continued with a two-game sweep of Converge in the quarters as many began to wonder why Austria hadn’t returned to the sidelines. He eventually came back in Game 2 of the semifinal against visiting Bay Area, but the Beermen were booted out in four games.

Austria was elevated to the head coaching ranks in the 2014-15 season, immediately turning the flagship franchise from the struggles of the “Petronovela” era into multiple championships with a core led by June Mar Fajardo.

It is a period of dominance that San Miguel higher ups would like replicated under Gallent, who aside from his previous PBA stint as coach of B-Meg (now Magnolia) in 2011 was known for guiding Harbour Centre to six of its seven straight titles in the defunct Philippine Basketball League.

“Coach Jorge will take over bringing with him PBA head coaching experience and an exciting future for the franchise,” Abanilla, while vowing to San Miguel supporters that “we will continue to work together and strive for a successful campaign in the Governors’ Cup onwards.”

The change came on the eve of the third conference opener at Philsports Arena in Pasig City, with Meralco and Rain or Shine beginning hostilities at 4:30 p.m.

Bonnie Tan debuts as NorthPort coach in the 6:45 p.m. nightcap against Converge, which looks to improve on its quarterfinal showing in the Commissioner’s Cup under young mentor Aldin Ayo.