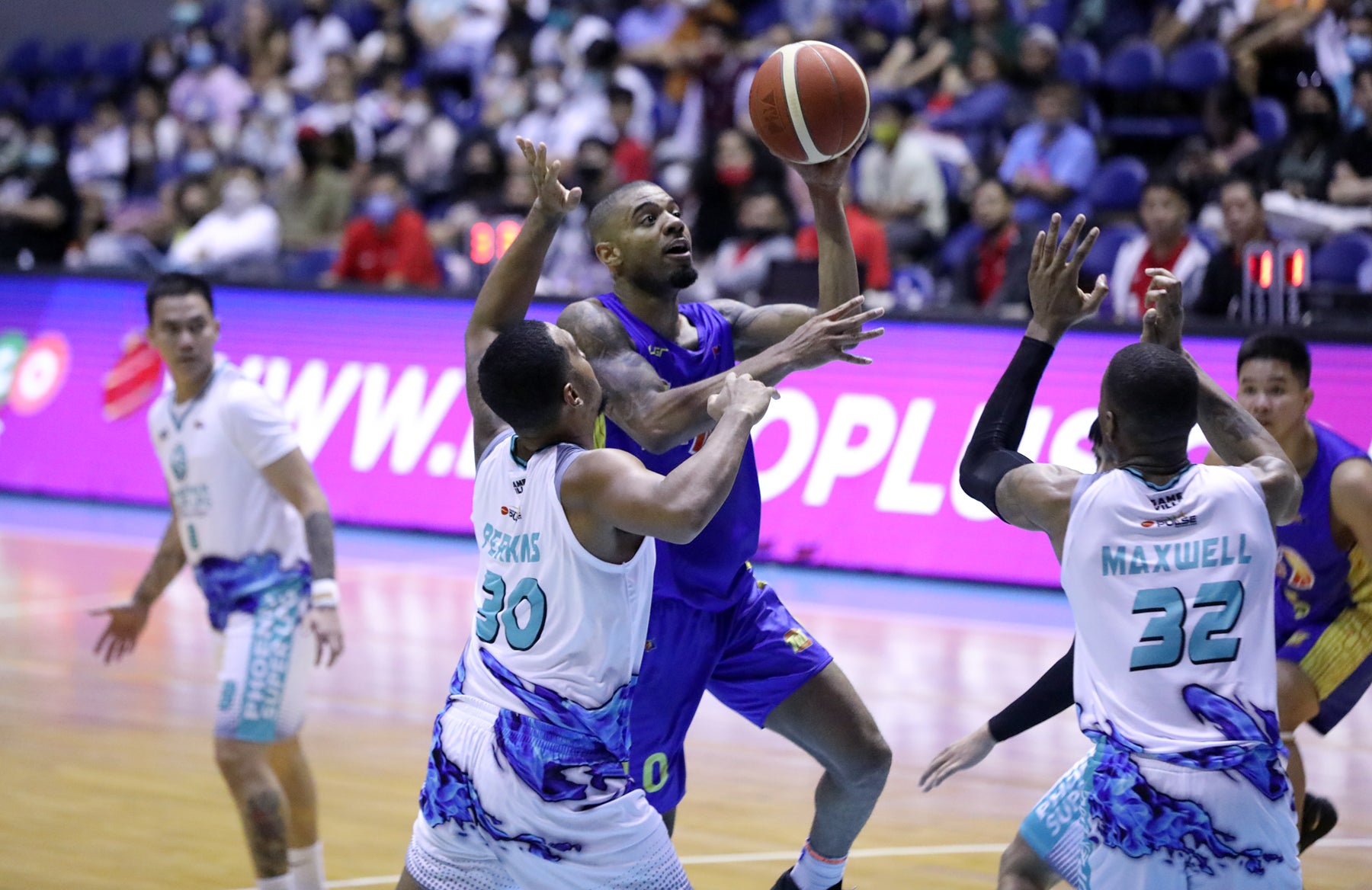 MANILA, Philippines–TNT kept it together at the most critical times on Wednesday to keep Phoenix at bay, 123-119, for a commendable start in the PBA Governors’ Cup.

Import Jalen Hudson starred for the Tropang Giga, putting up 34 points, 10 rebounds, and seven assists in the victory at Smart Araneta Coliseum in Cubao.

Calvin Oftana led the locals with 17 points off the bench, as Roger Pogoy, Kelly Williams and new guy Justin Chua all chipped with double-digit scores to also help Jojo Lastimosa to his first victory as the club’s interim head coach.

Chot Reyes, who took a step back to focus on Gilas Pilipinas, was also in attendance.

Phoenix got the goods from returning import Du’Vaughn Maxwell who put up 21 points and 19 rebounds spiked with five assists.

Jason Perkins chipped in 20 points, while Tyler Tio, RR Garcia and Encho Serrano at least 12 points each in what initially looked a gallant stand that sputtered against a TNT crew missing defensive big man Poy Erram.

Up next for TNT is 0-1 Rain or Shine, which it plays this Friday at Ynares Center in Antipolo City.

Phoenix, meanwhile, hopes to triumph over 0-1 Blackwater in the first game of that double-header.

PBA: What to expect in the Governors’ Cup