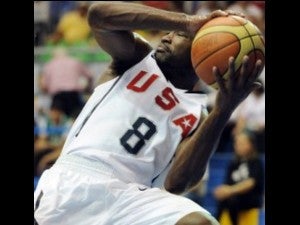 NEW YORK – Minnesota’s J.J. Barea and Cleveland’s Donald Sloan were named on Monday as the first NBA players to draw warnings from the league under a new anti-flopping rule introduced this season.

Both incidents of flopping — where a player exaggerates slight contact to convince an official he has been fouled — took place in games on Friday.

Barea exaggerated the impact of receiving a forearm to the face from Sacramento’s Jimmer Fredette in the fourth quarter of Minnesota’s victory over the Kings, by throwing his arms in the air and stumbling backwards.

Sloan tangled legs with Chicago’s Nazr Mohammed before spinning around and tumbling to the court with his arms raised.

The anti-flopping rule was introduced in an attempt to curtail the number of times players attempt to prompt foul calls on opponents by amplifying the effects of contact.

After that any further flops could lead to a player being suspended.