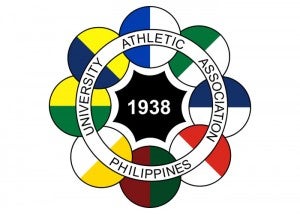 MANILA, Philippines—University of the Philippines arranged a playoff for the last championship berth after dealing finals-bound De La Salle its first loss, 3-2, in the UAAP Season 75 women’s tennis competition to end the elimination round at the Rizal Memorial Tennis Center.

The Lady Maroons’ tandem of Monivic Santos and Medelene Ramos came through in the doubles match to foil the Lady Archers’ bid for a twice-to-beat edge in the Finals.

Santos and Ramos beat Princess Castillo and Nikki Arandia, 7-6 (3), 6-2, in the second duel as UP forged a knockout match with defending champion University of Santo Tomas on Thursday, which failed to lock up the last championship slot after losing to National University, 2-3, last Sunday.

UP started off strong, winning the first two matches with Sarah Lim turning back Martina Guba, 6-2, 6-4, in the opening singles before Joanna Peña and Nicole Eugenio outworking Aira Putiz and Lynette Palasac, 6-3, 7-5, in the first doubles.

Meanwhile, the men’s Finals between the Bulldogs, who holds a twice-to-beat advantage after pulling off a 10-game sweep in the elimination round, and the Growling Tigers unfolds Thursday.