Philippines sports chief frets over Myanmar blasts ahead of games 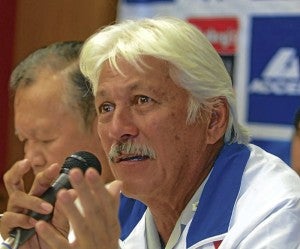 MANILA–A top sports official in the Philippines expressed concern Friday over recent bombings in Myanmar ahead of the Southeast Asian Games there in which more than 200 Filipino athletes will compete.

The Philippines is due to take part in the December 11-22 Myanmar Games but is concerned over the safety of its athletes and officials, Philippine Sports Commission chief Richie Garcia told AFP.

“We are monitoring this very closely. As long as our athletes and officials are not endangering themselves we will take part. But we have to make sure there are no problems when we get there,” he added.

Three bombs exploded in eastern Myanmar overnight Wednesday, police said, leaving a municipal worker person dead, in the latest in a series of blasts that the United States has denounced as “acts of terror”.

A series of minor bomb blasts have also struck Yangon, including one at the luxury Traders Hotel on Monday that injured an American woman.

Myanmar state media said the attacks appeared to be targeted at tourist spots as the country gears up for an influx of foreign visitors.

Apart from the December games, Myanmar will also chair the Association of Southeast Asian Nations next year and host its meetings.

The 27th Southeast Asian Games are to be held in Yangon, the capital Naypyidaw, Mandalay and Ngwe Saung beach, according to the games website.

Garcia said that while the 220 Filipino athletes will be staying in the games village, Filipino technical officials as well as other delegation members would be staying in hotels that have yet to be assigned.

The sports commission will make a final decision on Filipino participation in the Myanmar games by end-November after consultations with the Philippine government, he said.

“It’s too early to make a decision now really,” he added.

Garcia made the comments after the Philippines complained when the hosts scrapped a dozen events, including baseball, softball, triathlon and dance sport, where Filipino athletes fancied themselves gold-medal contenders.

“We decided, as part of the (Southeast Asian Games) federation, to accept whatever the hosts decided,” Garcia said Friday, denying some news reports that the Philippines was considering a boycott.