(Second of a series)

One morning in early 2010, Michael Joseph Cabuhat stood at Griffith Park in Los Angeles, waiting for Manny Pacquiao, then in the thick of training for his welterweight title defense against Joshua Clottey, to wrap up his morning jog.

Cabuhat, chief financial officer of the California-based VisionQwest Accountancy Group, had been trailing Pacquiao to offer his services amid rumors that boxing’s hottest commodity was in a deep financial mess then.

A boxing fan, he said he wanted to help “the only Filipino earning big-time in the US.”

Cabuhat finally made his pitch that morning when a friend arranged a quick meeting with Pacman inside a van. Knowing he was given very little time, he took out a piece of paper and made a rather simple illustration of Pacquiao’s financial situation “like I was drawing for a child.”

The problem lay, he quoted Pacquiao as telling him, with income from his prizefights, which, based on the “drawing,” was trickling down from his American promoter, Bob Arum’s Top Rank. “Income is not being reported properly,” he was supposedly told.

“He was aware of it,” Cabuhat recalled in an interview with the Inquirer.

Three years later, the same issue of income “not being reported properly” surfaced again to haunt Pacquiao, winner of multiple titles in eight different weight divisions and now on his second term as congressman.

The United States’ Internal Revenue Service (IRS) is running after him because of some $18 million in alleged tax liabilities. At home, the Bureau of Internal Revenue is hounding him for P2.2 billion in purported back taxes.

Pacquiao’s camp said on Wednesday that the IRS liens on his properties and bank accounts had been lifted as of Dec. 20 this year.

What led Pacquiao to this mess could be blamed on “mismanagement of funds” and a “very unprofessional group surrounding him” and which was tasked with handling his enormous finances, said Cabuhat, whose company handled the boxer’s tax returns for about year. 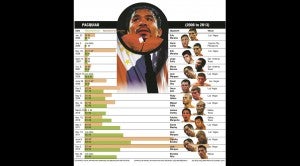 Could have been corrected

But it was something that could have been corrected, straightened up, if ultimately, Pacquiao himself had wanted to, added Cabuhat. VisionQwest was eventually fired, allegedly after discovering the extent of the mess and telling him what had to be done.

“I’ve told this story so many times, but nothing happened,” he said, sounding frustrated.

Responding to the issues raised by his former accountants, Pacquiao’s camp described these as “recycled,” and which “have been discussed by VisionQwest through the media over the past couple of years in an effort to discredit promoter Bob Arum and Mike Koncz.”

“To date, Representative Pacquiao continues to trust his team of advisers,” his camp wrote in an e-mail to the Inquirer.

Before Pacquiao terminated its services, VisionQwest raised the possibility that the boxer, Koncz and Arum might be engaged in “skimming,” meaning concealing true income to avoid higher tax payments.

“We noticed that it seemed that ADK was where they were dumping funds and income at the same time,” Cabuhat said in the interview. “It’s like diversion of income.”

VisionQwest had also warned in a separate document: “Now we get to the skimming part which makes it appear that Manny, Mike Koncz/ADK and Top Rank are transferring funds to a company bank account to avoid tax payments.”

Per VisionQwest’s findings then, ADK was receiving a portion of Pacquiao’s earnings from Top Rank even if it had no formal or legal engagement with either the boxer or MP Promotions USA Inc.

“So who are you?” Cabuhat asked, referring to ADK, which, he suspected, stood for “Arum-Dapidran-Koncz.” Dapidran is Pacquiao’s middle name.

Cabuhat said MP Promotions USA copromoted Pacquiao’s fights with Top Rank, partly as a “tax strategy.” Without copromotion, Pacquiao’s earnings would all be considered “personal income” and could be taxed at the highest rate.

The Inquirer tried to contact Arum and Koncz by phone, text and e-mail but has yet to receive any reply.

In a 2011 report on The Ring Magazine’s website, Koncz described as “bulls**t” allegations that he was “misappropriating money and stealing money” from Team Pacquiao.

In a July 27, 2011 letter, VisionQwest informed Pacquiao that ADK had been “suspended by the California Secretary of State for nonfiling of informational and business tax returns.”

“Large sums have been transferred to the ADK bank accounts to cover Manny’s expenses,” VisionQwest informed Pacquiao in the letter. It said “only until recently has Top Rank required the signature of Manny to approve the movement of funds.”

“All other transfers that were executed by Mr. Koncz and Top Rank had no authorization from Manny,” the company added. It noted that the total amount that had been transferred to ADK was $1,340,678.”

“To this date ADK has not shown a full accounting of the use of these funds transferred.”

And therein lay the problem when it was time to prepare Pacquiao’s tax returns.

Cabuhat said Pacquiao could claim as tax “deductibles” expenses made under ADK because it was a “separate company that has nothing to do with the promotions.”

“Technically, that’s income and expense of ADK,” he said.

“We have to be more organized. The expenses of ADK, I can’t claim [them] for Manny Pacquiao,” he recalled telling Koncz in 2011. But he said Koncz insisted that they should be considered Pacquiao’s “expenses” for tax purposes.

No receipts for big expenses

A major issue in the preparation of Pacquiao’s tax returns was the absence of receipts to support huge amounts in expenses that could have been considered “deductibles,” he said.

For Pacquiao’s income tax return for 2009, the first of two prepared by VisionQwest for their former client, Koncz allegedly submitted a “handwritten” report listing expenses totaling $10,666,003.

Cabuhat said one questionable entry was a $350,000 interest payment for a $7-million loan. He said the amount fell under “personal loan” and as such, could not be considered a deductible in Pacquiao’s tax report.

Supposedly so messy was Pacquiao’s financial setup that money was often withdrawn from MP Promotions or Pacquiao’s account to cover expenses either personal or business-related.

“So whichever bank account had money, they used it for expenses,” Cabuhat said.

Lodge suggested a “solution” in the August letter: “If Manny needs to withdraw funds from the corporation it should be done through the proper accounting method so that everything is recorded properly and a dividend recorded and paid through the corporate structure.”

“The corporation should never be considered a pass through method to obtain cash. It needs to always follow the correct method of accounting and reporting,” he added.

Considering Koncz’s alleged role in Pacquiao’s financial mess, VisionQwest eventually recommended that he be “removed from his role immediately and that no further business that affects Manny Pacquiao or MP Promotions USA Inc. be done by Mike Koncz.”

“This is hereby stated so that our client may be protected from tax or legal liabilities,” Lodge added in a June 30, 2011 letter to Pacquiao.

It was VisionQwest that was later shown the door.

(Next: Where did Pacquiao’s pay-per-view earnings go?)