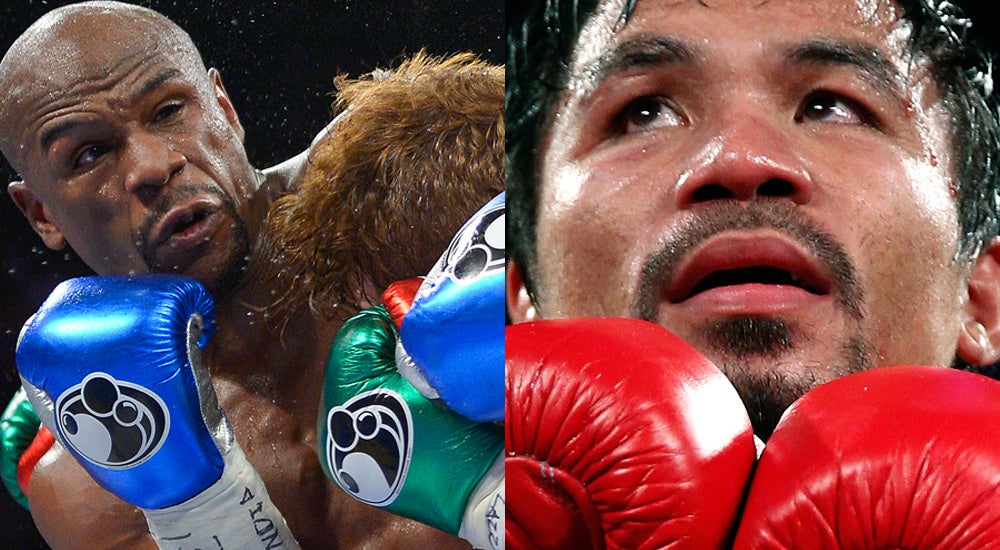 Saying he did not want to disappoint boxing fans around the world, Pacquiao on Saturday night challenged the undefeated American fighter to face him in the ring— and donate all the proceeds from their fight to charities.

“I’m not desperate to fight him just for the sake of money or material things. I’m not the one seeking this fight; rather it’s the boxing fans all over the world,” Pacquiao told the Inquirer on the phone.

Pacquiao said he was willing to fight Mayweather anytime, anywhere—even without a single centavo as prize money.

“I am ready to submit myself to any kind of stringent drug testing,” the Sarangani congressman said.

“Above all, I challenge him to include in our fight contract that both of us will not receive anything out of this fight. We will donate all the proceeds from the fight—guaranteed prize, should there be any, gate receipts, pay-per-view and endorsements—to charities around the world.”

Pacquiao said Mayweather should agree to such a fight—if the American was not afraid to meet him.

Pacquiao said he had nothing more to prove in the world of boxing.

“I have carved my own niche in the annals of boxing,” the Filipino champ said. “There’s no reason why I should be desperate to fight him. But since boxing fans worldwide are seeking and demanding a Pacquiao-Mayweather fight, I don’t want to disappoint them.”

During his trip to South Africa on Wednesday, Mayweather suggested that Pacquiao’s renewed desire to make their mega-fight happen came out of desperation after the Filipino’s back-to-back losses to Timothy Bradley and Juan Manuel Marquez in 2012, and his tax problems.

Pacquiao, however, said he had moved on from those losses, as proved by his classic performance against Brandon “Bambam” Rios in Macau in November last year. Pacquiao beat Rios by a unanimous 12-round decision.

“As to my tax problem, my lawyers are fixing it already,” Pacquiao said.

“I’m paying my taxes religiously. It is just a matter of reconciling our records with the tax agencies both here and abroad. Should there be any discrepancy, rest assured, I will settle it. I’m a lawmaker and I’m a law-abiding citizen.”

With regard to Mayweather’s supposed plan to retire in 2015, Pacquiao said that was the American’s ploy to avoid facing him in the ring.

“The public clamor for a Pacquiao-Mayweather bout is getting stronger. The only way he can avoid facing me in the ring is to retire from boxing,” Pacquiao said.

In a final taunt, Pacquiao said:

“Floyd, if you’re a real man, fight me. Let’s do it for the love of boxing and for the fans. Let’s do it not for the sake of money. Let’s make the boxing fans happy.”

Duterte accepts invite from Biden to participate in democracy summit