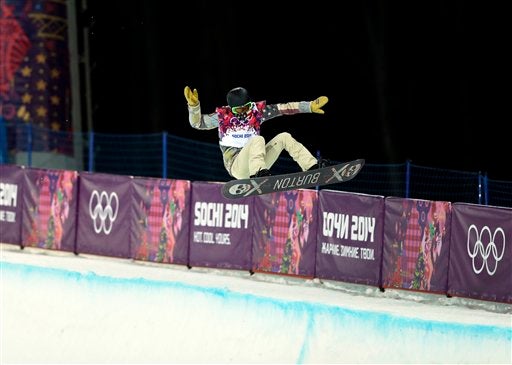 Shaun White of the United States gets air during a snowboard half pipe training session at the Rosa Khutor Extreme Park at the 2014 Winter Olympics, Monday, Feb. 10, 2014, in Krasnaya Polyana, Russia. AP

KRASNAYA POLYANA, Russia—Olympic organizers have altered the men’s halfpipe schedule hoping for better conditions over a course that has drawn heavy criticism from riders.

Instead of a qualifying run originally scheduled for 2 p.m. local time Tuesday, riders will compete in a “semifinal” at 6:20 p.m., with the top 12 advancing to the final set for 9:30 p.m.

Rising temperatures have wreaked havoc with the halfpipe during training.

Danny Davis of the United States said Monday the run needed a lot of work while 2006 gold medalist Hannah Teter, who will compete in the women’s contest on Wednesday, called the halfpipe “crap.”

Temperatures were expected to rise well above freezing Tuesday afternoon, worsening already slushy conditions that could play a role in Shaun White’s bid for a third straight gold.