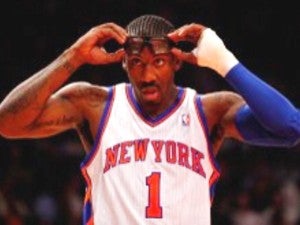 DALLAS, United States – Amare Stoudemire signed with the Dallas Mavericks on Wednesday, giving the NBA club a front-line boost with a six-time All-Star as it fights for a playoff berth.

The move came two days after the New York Knicks, with the NBA’s worst record of 10-43, released Stoudemire to give the playmaker a chance to join a title contender and boost their future funds under NBA salary cap rules.

The Mavericks are 36-19, fifth in the Western Conference but in the middle of a pack of clubs battling for the third through seventh seeding spots over the final two months of the season.

“I’m excited to be a part of a first-class organization,” Stoudemire said. “To play alongside Dirk Nowitzki, Tyson Chandler and other great players, I think it’s a tremendous opportunity for me to compete for a championship.”

Stoudemire, who spent eight seasons with Phoenix after being selected by the Suns with the ninth overall pick in the 2002 NBA Draft, has averaged 20.0 points and 8.2 rebounds in 771 career NBA games.