After years of taking a jab at each other on various forms of media and months of negotiation, the two boxing superstars finally gave their fans what they have been waiting for, setting a May 2 date for their faceoff.

As agreed, Mayweather announced the fight via his photo-sharing start-up Shots. 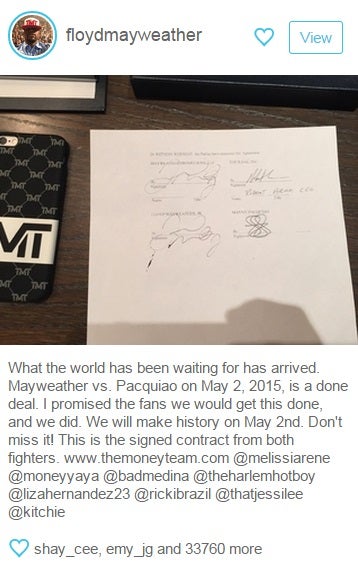 “What the world has been waiting for has arrived. Mayweather vs. Pacquiao on May 2, 2015, is a done deal. I promised the fans we would get this done, and we did. We will make history on May 2nd. Don’t miss it! This is the signed contract from both fighters,” Mayweather wrote on the caption of his Shots post.

Pacquiao followed it up with a couple of posts on Instagram, saying that he was not lying all along about signing the contract first. 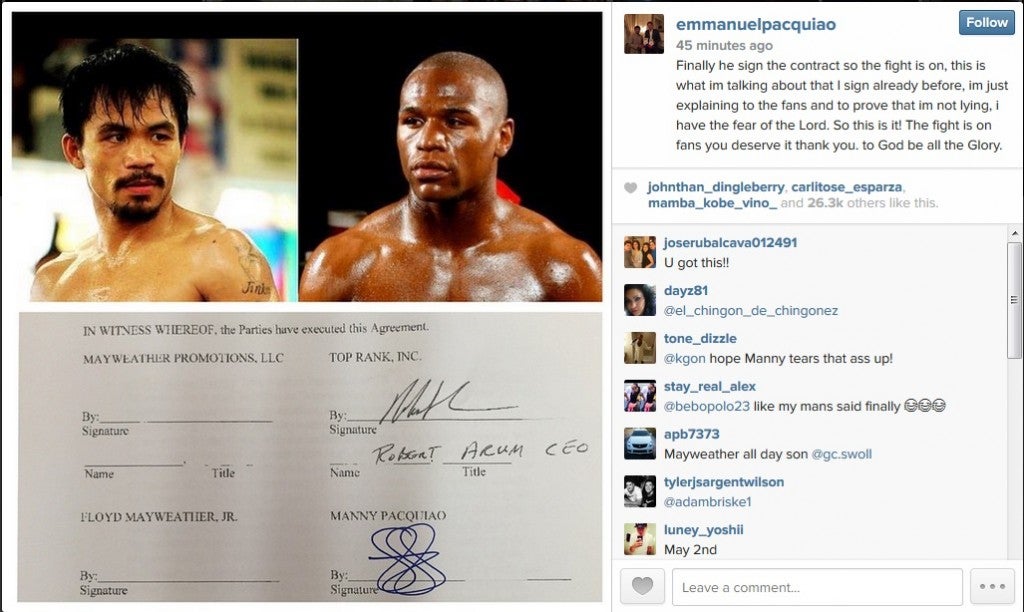 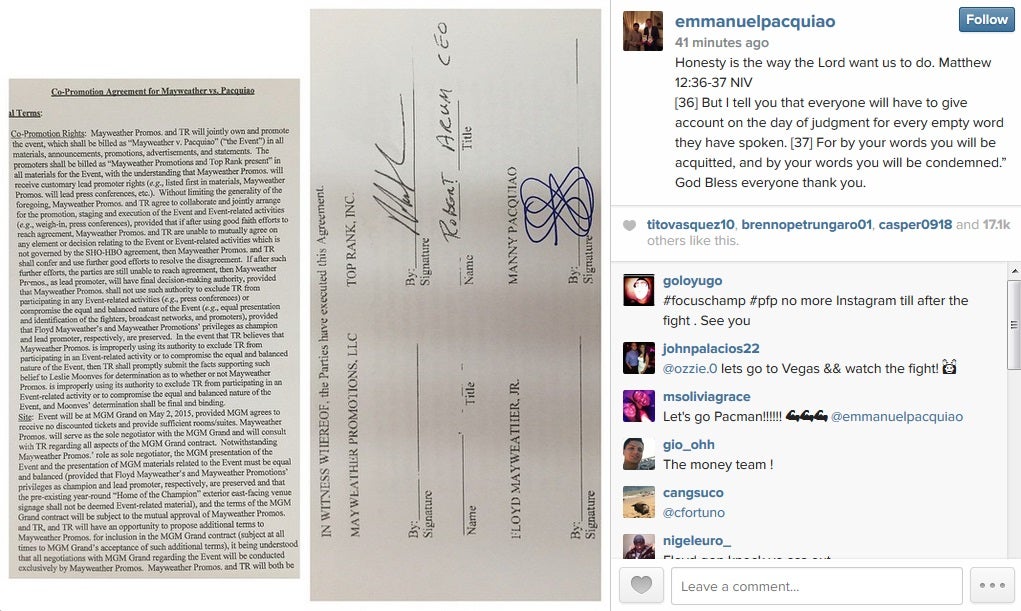 “Finally he [signed] the contract, so the fight is on, this is what [I’m] talking about that I [signed] already before, [I’m] just explaining to the fans and to prove that [I’m] not lying, [I] have the fear of the Lord. So this is it! The fight is on fans you deserve it thank you. [To] God be all the Glory,” Pacquiao wrote.

With the fight already confirmed, expect Pacquiao and Mayweather to continue using their social media accounts to further hype up the bout.

Read Next
It’s on: Mayweather says he and Pacquiao to fight May 2
EDITORS' PICK
Alex Eala wins Grand Slam on Independence Day: ‘I hope I made my contribution to the country’
Kai Sotto continues to inspire Filipinos by sharing his passions and stories with Smart Prepaid
COLUMN: Making the republic work
1Sambayan names 6 choices to pit vs Duterte’s annointed in 2022
COVID situation still ‘very fragile’ due to surge in regions – DOH
Ahead of ONE: Full Blast II, Mongkolpetch warns Elias Mahmoudi: ‘Watch out for my fists’
MOST READ
1Sambayan bares nominees for president, vice president in 2022 polls
Nancy, Isko asked to pull out of 1Sambayan nomination, says Carpio
Shooting in Texas capital leaves 14 wounded; suspects at large
Chel Diokno, Bro. Eddie, Ate Vi decline 1Sambayan 2022 poll nomination
Don't miss out on the latest news and information.