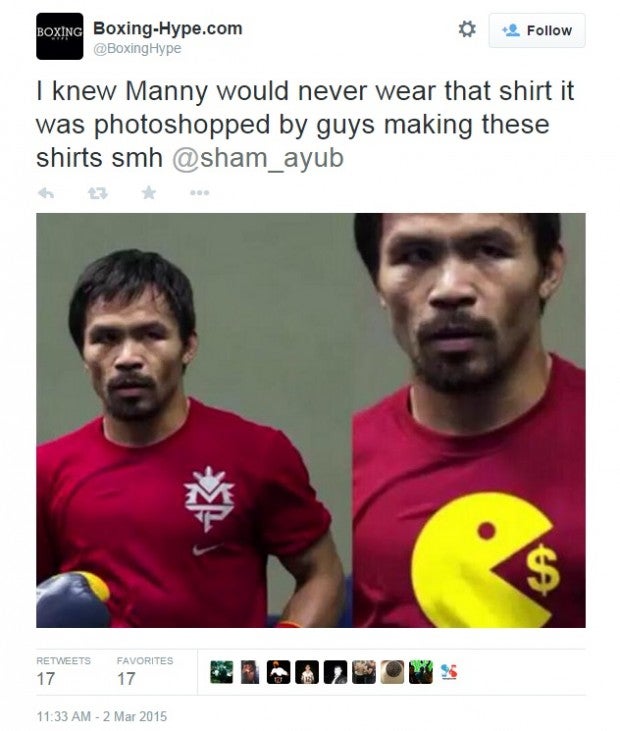 The statement shirt worn by Pacquiao was actually Photoshopped. Screengrab from boxing-hype.com’s Twitter.

In a photo that went viral, Pacquiao was seen donning a red tee with a print of the iconic Pac-Man character gobbling up a dollar sign.

Pac-man is one of Pacquiao’s known monickers, while the dollar sign referred to “Money,” which is one of Mayweather’s nicknames.

In a tweet from boxing-hype.com, it was revealed that the T-shirt Pacquiao was wearing actually had the original MP logo before it was digitally manipulated.

INQUIRER.net reported that Pacquiao, who arrived in Los Angeles on Sunday (Manila time) to kick off his build up for his megafight against Mayweather, wore the shirt to training at the Wild Card Gym.

The story was also carried by other international and local websites.