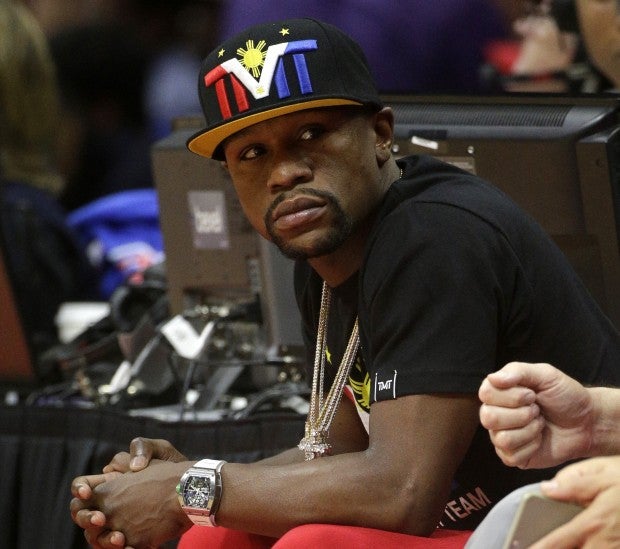 Floyd Mayweather, Jr. watches during the first half in Game 4 of a second-round NBA basketball playoff series between the Los Angeles Clippers and the Houston Rockets, Sunday, May 10, 2015, in Los Angeles. (AP Photo/Jae C. Hong)

Floyd Mayweather, Jr. was spotted wearing a Philippine-inspired cap at the courtside of the NBA playoff match between the Los Angeles Clippers and the Houston Rockets at Staples Center Sunday (Monday Manila Time).

Mayweather’s “The Money Team” cap bore the colors of the Philippine flag—red, blue, and yellow—with three stars and a sun. The undefeated American boxer’s shirt also matched the design of his cap.

This was not the first time that Mayweather wore Philippine-inspired clothing. In April, he was also seen wearing a shirt with the Philippine flag’s colors and an enlarged yellow sun.

Mayweather says he gets more love overseas than in America

Mayweather to Showtime: Pacquiao a ‘sore loser’ and ‘coward’