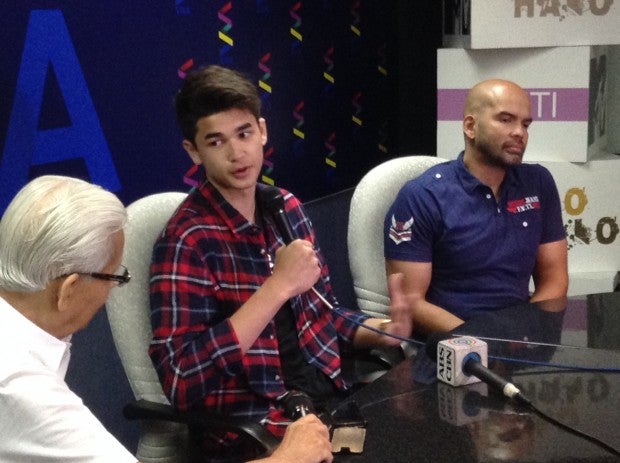 Kobe Paras admitted that defending his FIBA 3×3 Dunk Contest crown was tougher this year than winning it the first time.

“I was shocked before the start of the contest because I saw that I’m going up against taller opponents,” he said on a press conference Thursday at the Viva Offices in Ortigas.

But Paras still found a way to stand out in front of hundreds of spectators in Budapest, Hungary, dunking over four people in the Finals to beat USA’s Jalek Felton for the title.

“It’s crazy. Last time, I was the youngest so I felt the pressure. This time out, I was the defending champion, so again, the pressure was there,” he said.

The UCLA-commit said that the dunk contest was just enough of a consolation for the Philippine squad, which bowed out after incurring three defeats in five games in the competitions. However, he wished that the team would have fared better in the tournament.

“I really wanted for the team to excel in the next round. We could have made it to the final 16 which would have been awesome for all of us,” said Paras, who was joined by Ricci Rivero, Richard Escoto, and Mike Nieto in the team.

It was a special moment, though, for the young Paras as his father, PBA’s only rookie-MVP Benjie Paras, was in attendance as he made his title defense and acted as an assistant coach in the 3×3 squad.

“It was cool because it was already a long time since my dad watched me play,” said Kobe.

(In his two years in LA, I was only able to watch two games of him. That’s why I’m happy that I saw him win there. Now, we’re just thankful for the blessings that he has been given.) CFC