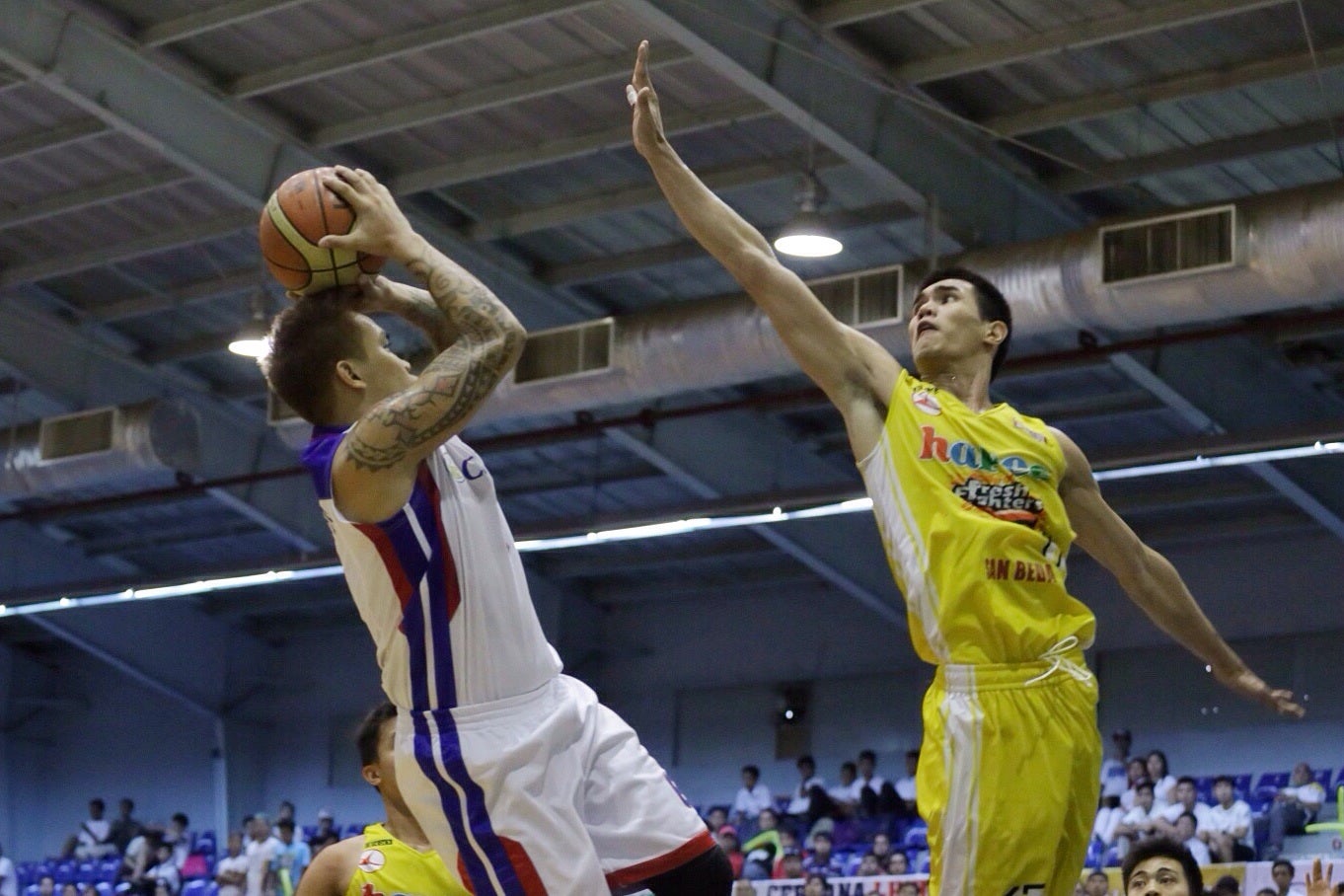 Even if he shot poorly from the field in the first two games of the 2015 PBA D-League Foundation Cup Finals, Eloy Poligrates will get it done when the moment calls for it.

Poligrates shot a combined 6-of-40 in this finals series, but two of those baskets came in the closing moments in the pivotal Game 2.

The Cebuano dribbler drained a big three to momentarily stop the Hapee rampage that put the Bakers back up by 10, 72-62 with 3:35 left in the fourth.

And in the final minute, he drove to the basket and knocked down the shot against the outstretched arms of Chris Newsome to give CafeFrance a 75-67 with 15.5 ticks remaining, sealing the 76-70 Game 2 conquest for coach Egay Macaraya.

Poligrates said that he had the guts to make those plays because of his coach’s confidence in him.

Poligates, who last saw action for Kia Carnival in the pros, is no stranger when it comes to taking over.

And that is what Macaraya has called Poligrates’ number for.

(It’s my experience. Coach told me to lead the team because it’s their first time to play in a championship of a bigger league.)

More than anything, he also wants to accomplish a personal feat of winning a first PBA D-League championship.

Poligrates almost won one with Cagayan Valley back in the 2013 Aspirants’ Cup with Raymond Almazan, Ping Exciminiano, and James Forrester. Unfortunately, they were swept by NLEX in two games.

Which makes Poligrates doubly motivated to get the hardware this time out.

(I’ll be happy if we win the championship. We just have to defend and keep on working hard. Hopefully, we get it.) CFC