ESPN once again honored the bodies of top athletes in its 2015 edition of the “Body Issue.”

Since 2009, the ESPN Magazine has been releasing a Body Issue where it features sculpted nude bodies of athletes and the stories behind them to serve as an inspiration to others.

For the 2015 issue, the sports network giant did not disappoint.

Here are some photos as posted by ESPN and other athletes. 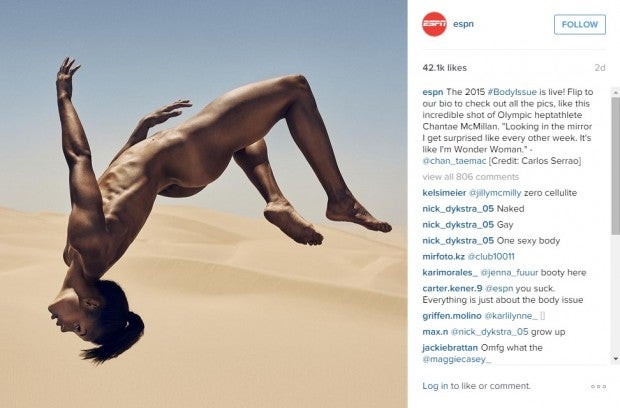