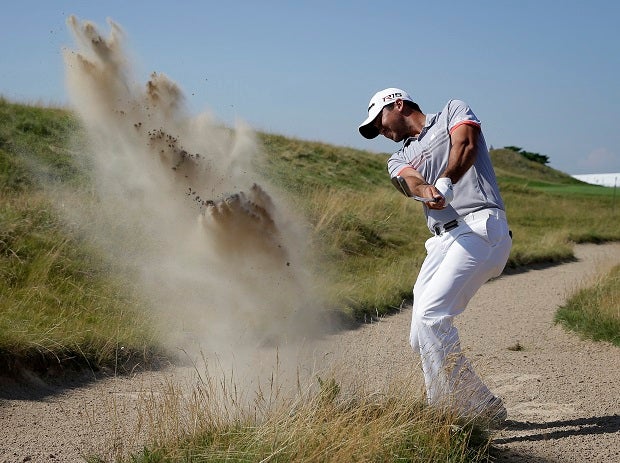 Jason Day, of Australia, hits out of a bunker on the second hole during the third round of the PGA Championship golf tournament Saturday, August 15, 2015, at Whistling Straits in Haven, Wisconsin. AP

In a statement, Communications Secretary Herminio Coloma Jr. said Filipinos were proud of the Day’s achievement.

The Palace official said that Day’s mother, Dening, hailed from Leyte province. She took care of Day after his father passed away when he was just 12-years-old. They migrated to Australia in the 1980s.

The 27-year-old golfer’s grandmother and seven relatives died during the onslaught of super typhoon “Yolanda” in 2013.

“I didn’t expect I was going to cry. A lot of emotion has come out because I’ve been so close so many times and fallen short,” the golfer said.