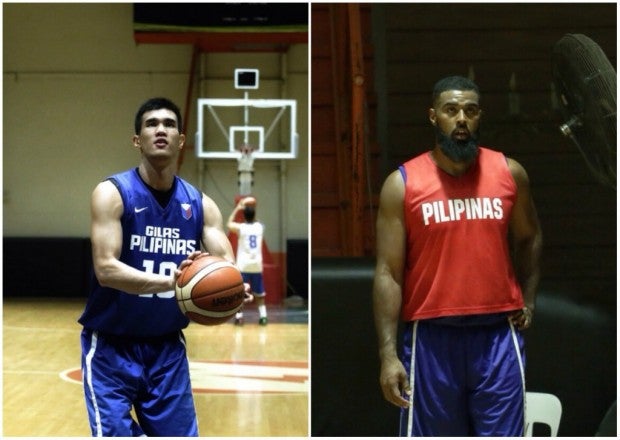 1-2 picks in the PBA Draft Moala Tautuaa and Troy Rosario will play for same team. Photos by Tristan Tamayo/INQUIRER.net

Talk ‘N Text bolstered its frontline with the acquisition of number two pick Troy Rosario from Mahindra days after tapping Moala Tautuaa at number one in the 2015 PBA Rookie Draft.

Rosario was at the forefront of the the three-team, five-player trade which was approved by the Office of the Commissioner on Tuesday afternoon.

In exchange for Rosario were Rob Reyes and sophomore guard Kevin Alas, who Mahindra then sent to NLEX in a separate trade.

Mahindra, meanwhile, came away with a solid haul with Reyes, Aldrech Ramos and Nino Canaleta.