Winning exits for UP, CSB; Spikers’ Turf Final Four on 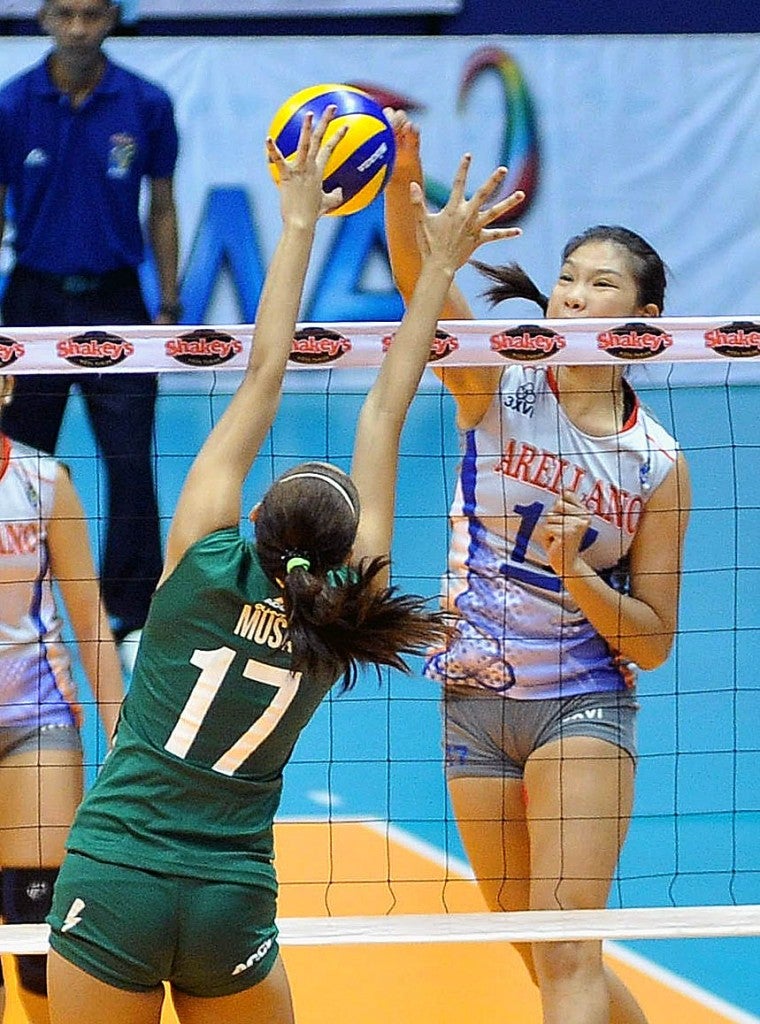 University of the Philippines closed out its stint in the Shakey’s V-League Season 12-Collegiate Conference with a spunky 25-19, 25-10, 25-18 victory over De La Salle-Dasmariñas Sunday at Filoil Flying V Arena in San Juan.

Rookie Maria Molde had 19 points, including 14 attacks, for the Lady Fighting Maroons who wrapped up their campaign with a 2-5 record.

The Lady Patriots, who ended their campaign with a 1-6 record, got eight points from Cherry Nunag.

Meanwhile, National College of Business and Arts faces highly favored Ateneo at 1 p.m. in the semifinals of the Spikers’ Turf Season 1 today.

NU and Emilio Aguinaldo will also kick off their own duel at 3 p.m.

The NCBA Wildcats forged the best-of-three showdown after hacking out a 30-28, 31-29, 25-21 victory over the Archers in a do-or-die game for the fourth and last Final 4 berth Saturday.