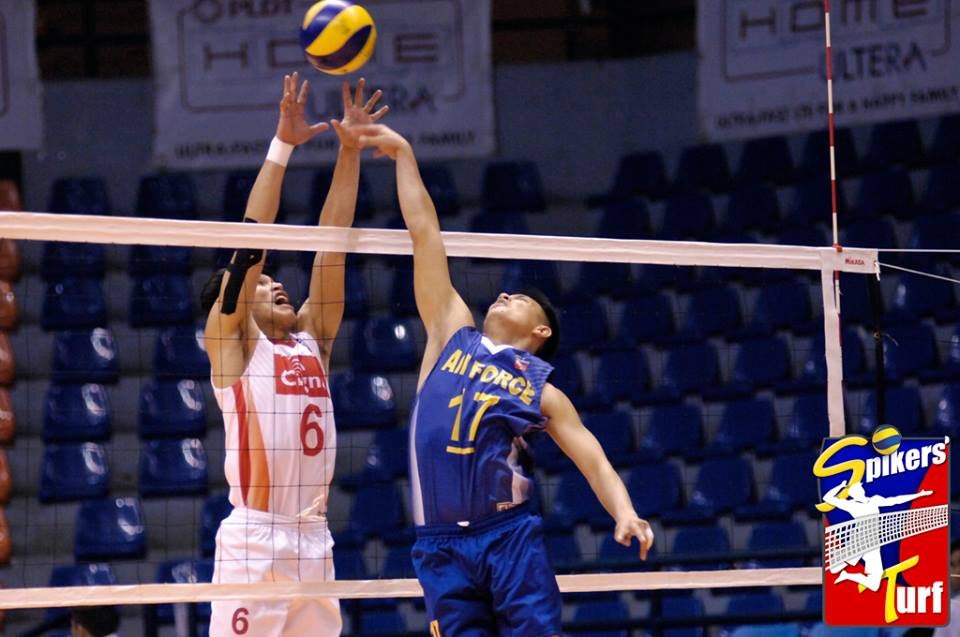 Thrilled at the prospect of pulling off a sweep, the Philippine Air Force spikers won’t let the excitement consume them when they play the Cignal HD Spikers in the Spikers’ Turf Season 1 Reinforced Conference Finals at Filoil Flying V Arena in San Juan.

“Yes, we’re going for the win. But we have to be cautious and we expect them to adjust,” added Verayo.

The Airmen relied mostly on power hits and gallantly defended their turf at the net with Reyson Fuentes and Rodolfo Labrador combining for eight of the team’s 11 blocks.

Outside hitter Jeffry Malabanan also fueled the Air Force offense with 17 hits and had Ruben Inaudito, Labrador and Edwin Tolentino as part of his solid backup crew.

These guys pooled together 41 points in the four-set triumph while the 36 errors the HD Spikers committed accelerated their downfall.

Cignal also stands a good chance if the HD Spikers could capitalize on the Airmen’s tendency to start slow.

“It has always been a problem for us. This time, we have to start strong and not let Cignal gain confidence,” said Verayo.

Home Ultera is also looking to finish its best-of-three battle for third place against Philippine Navy.

Conference MVP Mark Gil Alfafara unloaded 17 attacks in leading the Ultra Fast Hitters to a four-setter in Game 1 against the Sailors.