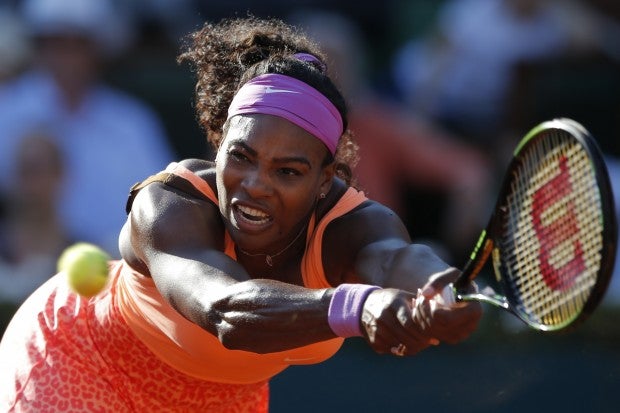 World number one Serena Williams ruled out surgery to fix a persistent knee problem Saturday as she declared herself “130 percent fit” for the Australian Open.

The 21-time Grand Slam champion, gunning for a seventh title at Melbourne Park, retired due to soreness in her left knee during a singles match on January 6 at Hopman in Perth.

It was the 34-year-old’s comeback after some three months away from tennis as she battled knee issues which sparked fears that nearly 20 years on tour was finally taking its toll.

Williams appeared downbeat as she spoke to journalists, but she insisted all was well and that surgery would not be needed anytime soon.

“No, it’s actually really fine. I don’t have any inflammation anymore,” she said. “It’s just that I just needed some time to get over that little hump.

“Like I said, I’ve been doing a lot of training leading up to this. But, yeah, I’m totally — I don’t think I would need surgery at all.

She could also meet former world number one and close friend Caroline Wozniacki in the fourth round before a possible showdown with Sharapova, who has failed to beat Williams since 2004.

Williams said she was focused on the task ahead and dismissed concerns that her lead-up to the opening Grand Slam of the year had been far from perfect given her lack of match practice.

“I’ve had a really good preparation. I mean, I didn’t have the match play that I’ve wanted to have. But after playing for so many years on tour, I should be able to, you know, focus on that and the fact that I have played a lot of matches,” she said.

“So that’s what I’m trying to focus on now.”

Melbourne Park has been a happy hunting ground for Williams, who won the Australian Open for the first time way back in 2003 and made it title number six last year.

Williams, who is aiming to match Steffi Graf’s Open-era record of 22 Grand Slam titles, owned women’s tennis in 2015, winning three majors (Australian Open, French Open and Wimbledon) and triumphing in 53 of the 56 matches she played.

She was on track for a rare calendar-year Grand Slam until she was beaten by Italian Roberta Vinci in the US Open semi-final in early September, before bringing an early halt to a season that took a heavy physical toll.

Asked to reflect on her remarkable 2015, Williams said it was behind her and “I don’t look back”.

Pressed on whether she could pull off the calendar year Grand Slam this year after so narrowly missing out, she also insisted: “I don’t think about it”.

“I never thought about it really. It was in front of me last year. But it still wasn’t there,” she said.

“I just think about each tournament as it comes, each player as it comes. Everyone here wants to win the tournament. I mean, I do probably more than anyone else.

“But we’ll see. I never really plan that far in advance. I just kind of focus on the task at hand, go from there.”