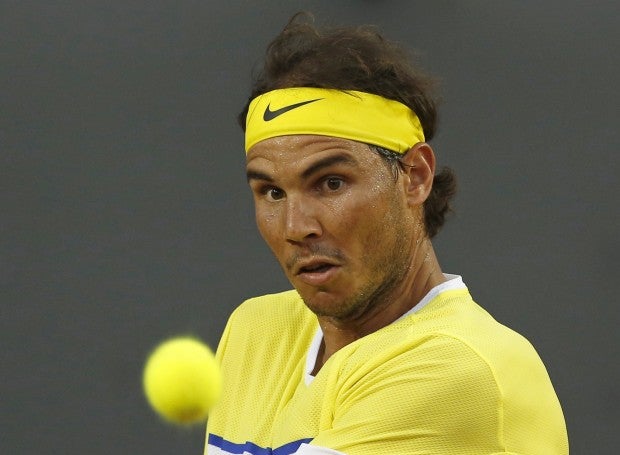 RIO DE JANEIRO — Even the King of Clay Rafael Nadal needs victories to boost his confidence, which has waned recently as his dominance has slipped on the slippery red surface.

“Winning is the important thing, which gives you confidence and lets you relax,” Nadal said after joining fellow Spaniard David Ferrer in the quarterfinals of the Rio Open, the third clay-court tournament in the month-long swing around Latin America.

Nadal has won 14 of 15 matches against Almagro.

Nadal was knocked out in the semifinals last week in Buenos Aires, which he linked partly to stomach problems and the stifling heat in the Argentine summer.

“I’m feeling better physically,” Nadal said. “Last week I had a little problem with my stomach during the whole week, and with the humidity — it was unbelievable. I felt so bad physically. Here I’m feeling much better because the stomach is much better. That’s the key on the improvement of my game, and victory helps.”

Nadal will face Alexandr Dolgopolov of Ukraine, while Ferrer meets young Austrian Dominic Thiem in the last eight, a matchup of one of the most consistent players on clay against a 22-year-old viewed as a star of the next generation.

“He’s a very great player,” Ferrer said of Thiem. “He’s young. He’s playing with confidence. He’s going to be a top player, for sure. I like his game and tomorrow is going to be tough I know. I’ll have to play my best tennis for a win.”

Constant downpours the first three days forced schedulers to compress the schedule on Thursday and put Ferrer in action during the afternoon with suffocating humidity and temperatures around 35C (95F).

“These are extreme conditions, and it’s very difficult to play in conditions like this,” Ferrer said.