The middle blockers are, in most instances, the teams’ tallest players. Because of their imposing frames, they are primarily in charge of leading their squad’s net defense. But the players on this list contribute to more than just that. Because of their skills and charm, they are also some of the league’s most popular athletes. INQUIRER.net counts down the five best middle blockers in the UAAP after the first round. 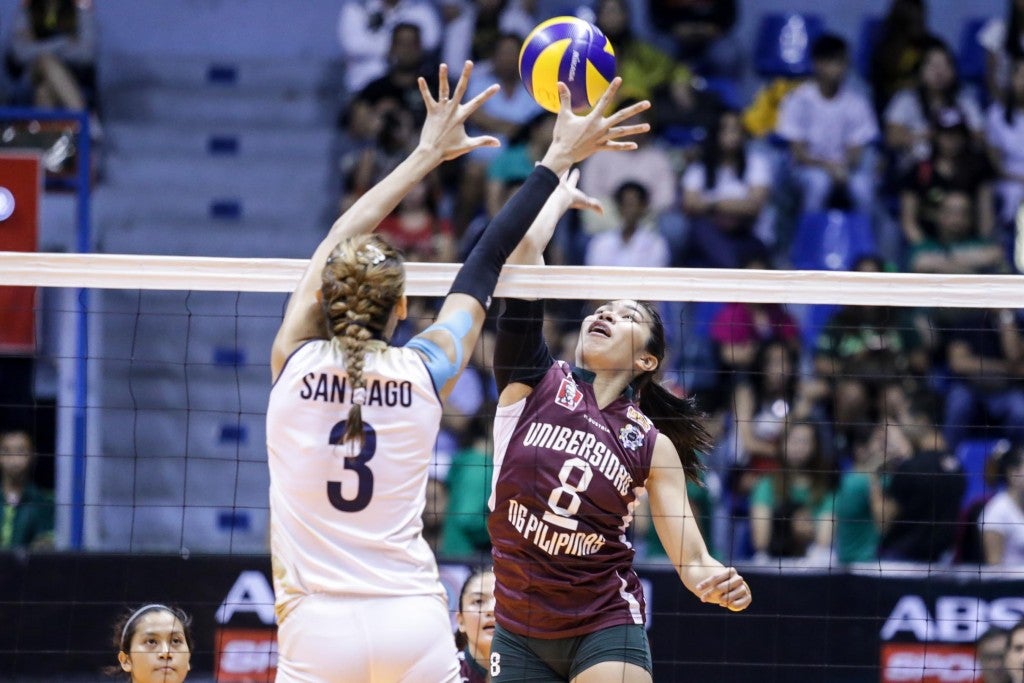 UP team captain Kathy Bersola has made a successful return to the court one year after suffering an ACL injury. She may still be groping for the form that won her the best blocker award two years ago, but she has steadily contributed to the Lady Maroons’ offense and defense to finish the first round with 63 markers. 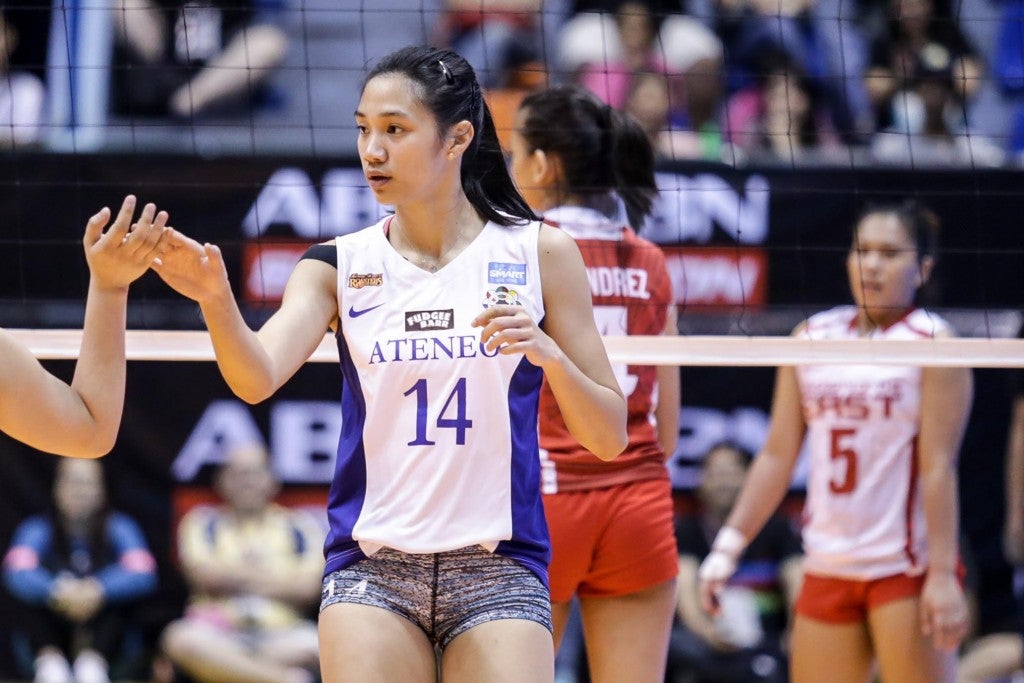 Bea de Leon immediately became a crowd favorite because of her child-like demeanor off the court and her aggressiveness while playing. The Poveda alum follows up her sensational rookie season with another masterful performance in the first round as she finished with 57 markers on 40 spikes, 12 blocks and five service aces. 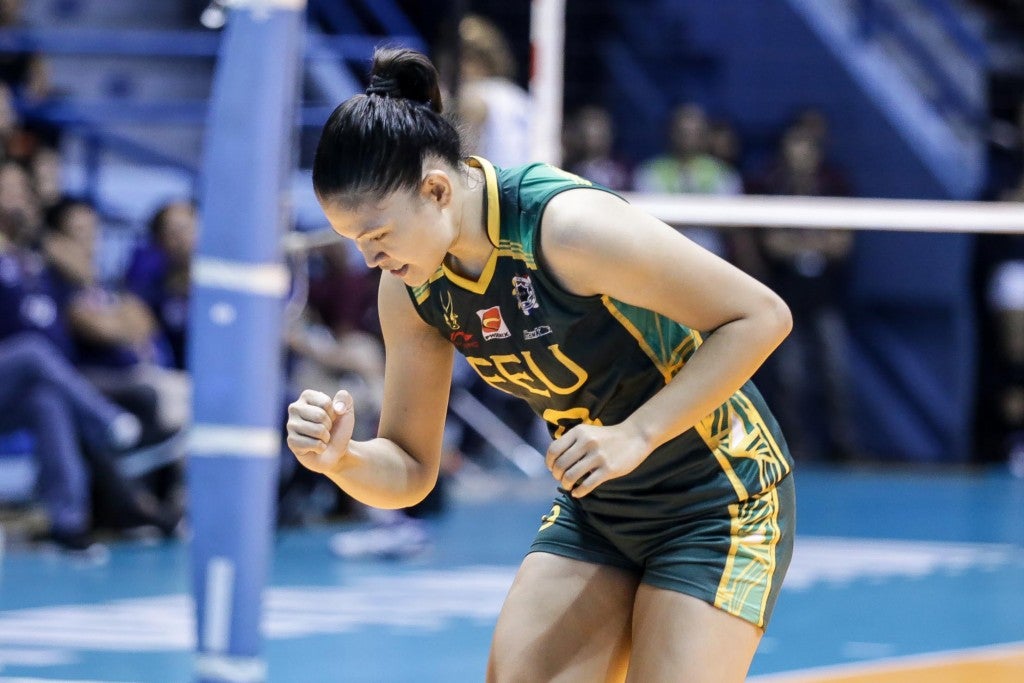 Remy Palma may have started off slow this season—probably still getting the hang of playing with setter Gyzelle Sy again—but she has definitely picked up her game. This can only mean trouble for their opponents because the always intense Palma is already the league’s 15th best scorer with 72 points and fourth-best blocker. There’s a new crowd favorite in town. Maddie Madayag may have seen very little time on the court during her first season, but that did not stop her from wreaking havoc in the league this year. Her arsenal includes a vicious running attack and a deadly serve which helped her become the league’s best server, seventh-best blocker and 20th best scorer at the halfway mark. 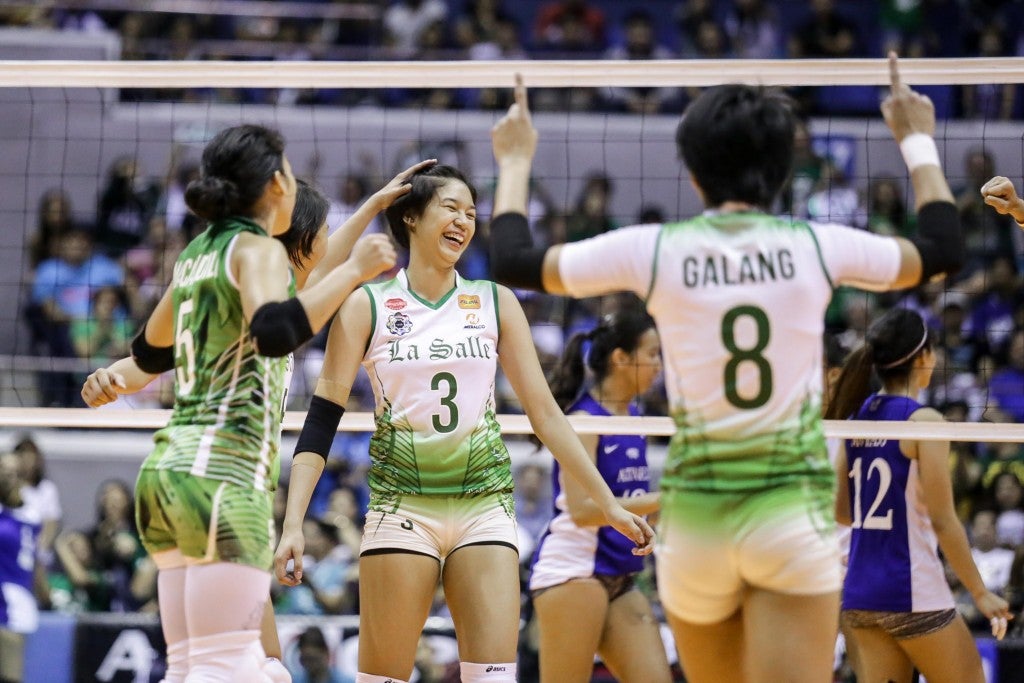 Mika Reyes is one of the most popular players in the league because she has successfully interspersed her angelic look with her aggressive play. This year is no different. The graduating player collected 67 points in the first round—good enough for 18th in the league—and finished second in the blocking department. 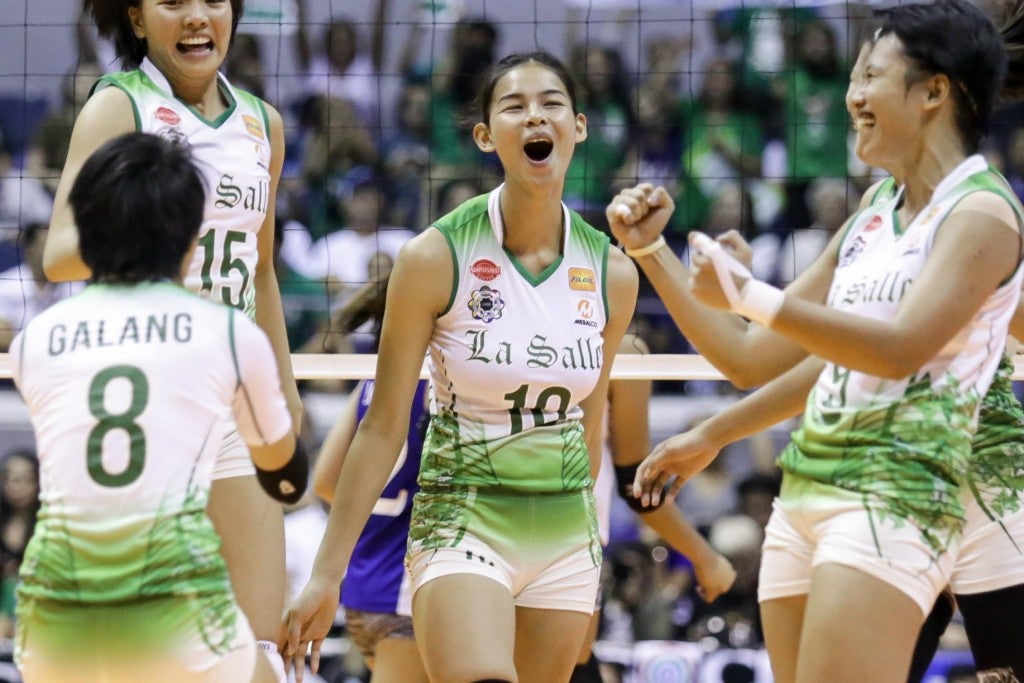 Perhaps the most surprising player in DLSU’s lineup this year has so far been Majoy Baron. The third-year player worked her way up to becoming a regular starter for the wards of Coach Ramil de Jesus. Her hard work in the off-season has definitely paid off as she surprisingly emerged as her team’s top scorer at the end of the first round. Aside from tallying 81 markers, the Baguio native also stamped her class on the net as the tournament’s best blocker at the halfway point. 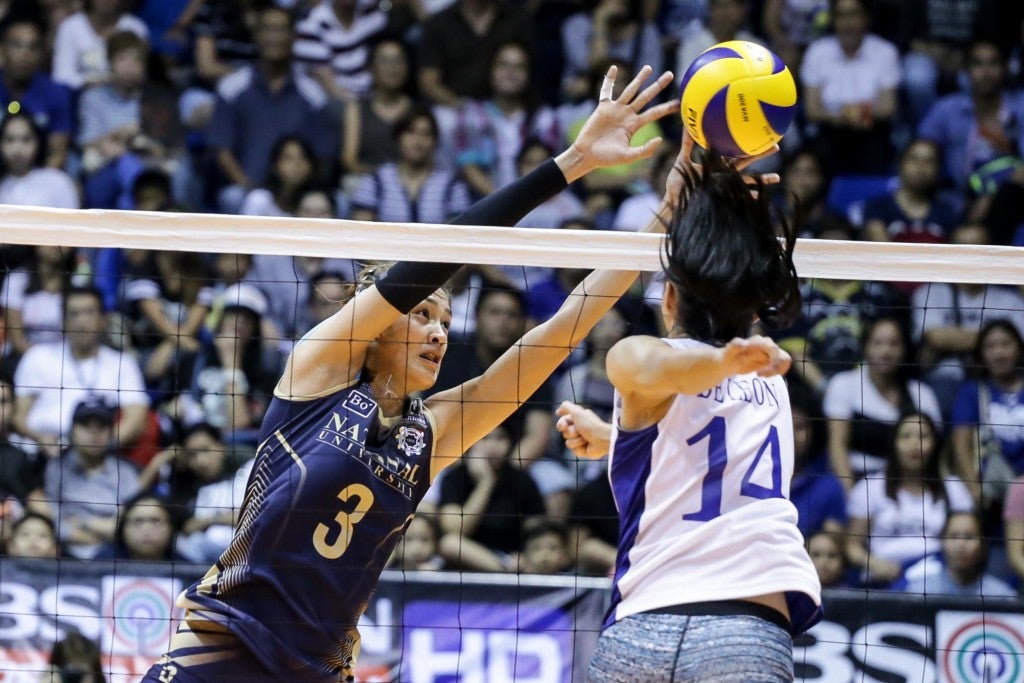 Sure, Jaja Santiago and the Lady Bulldogs may be in a quagmire right now, but that does not change the fact that she remains as the league’s most dominant blocker. The Philippine Under-23 team standout ended the first round as the tournament’s sixth-best scorer with 97 points, second-best spiker with a 41.27% clip, and fifth best blocker with 14 total kill blocks.

Those are already scary numbers, but we all know the tallest player in the league can play better than that.

READ: Height is might: Gorayeb emphasizes Santiago’s value for NU

A sleeping giant? The opposing teams better take advantage, because once she wakes up, it will be very hard to control her.

UAAP Volleyball’s 5 best opposite spikers after Round 1

UAAP Volleyball’s 5 best liberos after Round 1

UAAP Volleyball’s 5 best setters after Round 1