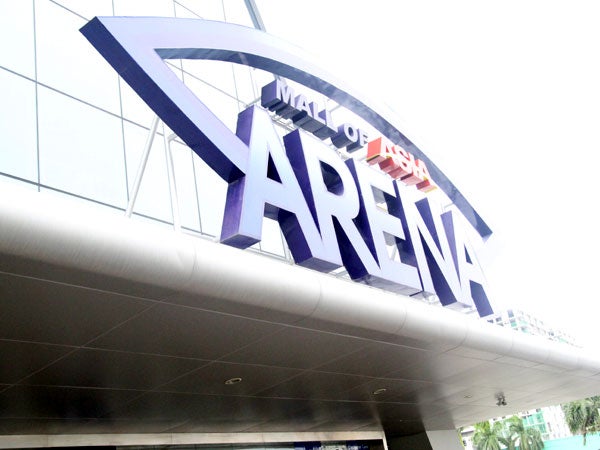 If fans want to show support to Gilas Pilipinas in the Manila Olympic Qualifying Tournament in July live at Mall of Asia Arena, it’s going to cost them an arm and a leg.

The Samahang Basketbol ng Pilipinas has released the ticket prices for the highly-anticipated week-long tournament, which will take basketball stars from around the world to this hoops-crazy nation, and it has a lot of eyebrows from the fans.

Fans have to dole out a handful if they want to get the premium seats in the house, with the VIP seats going as high as P14,000 in the final round.

Meanwhile, VIP seats cost P10,000, Patron seats go for P8,500, and lower box seats are priced at P6,800 for the first two gamedays, which will feature the Philippine national team at the primetime slot at 9 p.m.

Prices are slashed by half on the third game day with most expensive seats now pegged at P5,000, patron seats at P4,000 and lower box seats at P3,000.

There will still be seats relatively affordable for the masses as prices for the upper box (P400) and general admission seats (P200) will remain as is for the length of the tournament.

Tickets go on sale as early as April 26 for the event scheduled from July 4 to 10. Philippine is bracketed with Tony Parker’s France and New Zealand; other countries coming over are Argentina, Senegal and Canada.

“We are expecting that the demand for the non-Gilas gameday won’t be as great. But the Filipinos are educated basketball fans, pag nakita nila na quality yung games, papanoorin naman nila.”

But with quality teams expected to face off in the semifinals onwards, seats prices will skyrocket to P12,000 for VIP, P10,000 for patron, and P8,000 for lower box.

An additional P2,000 per section will be added to the prices come the final, from which the lone qualifier for the Rio Olympics will come from.

Barrios said prices went through rigorous meetings before being decided upon, with the local organizers working to a compromise.

Fans who aren’t be able to shell out these amounts can still watch the games on television with TV5 as the official broadcaster of the Olympic Qualifying Tournaments.

Game days will feature double-headers, with the first game starting at 6:30 p.m., and the second game, with Gilas Pilipinas at the forefront for the first two game days, at 9 p.m.