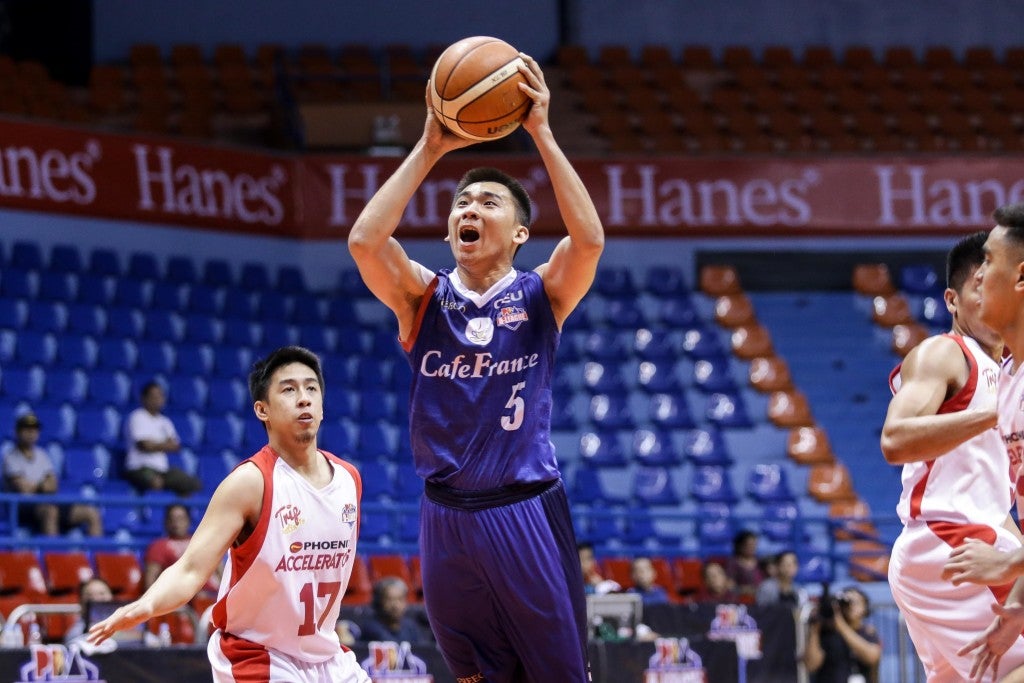 Zamar played a scintillating second half, pouring 16 in the final two quarters to finish with 25 points and five rebounds, including the huge baskets in the last two minutes to quash the hopes of the Accelerators.

Rod Ebondo was unstoppable again from the paint, racking 18 markers and 13 boards, Carl Bryan Cruz had 17 points and eight rebounds, and Samboy de Leon added 15 in the win.

“Wala na akong masasabi sa mga bata (I have nothing to say about the boys). They showed character and they wanted to win this game,” said Macaraya.

But Zamar had all the answers, bringing the lead back up to six, 94-88 with 1:07 remaining, as the Accelerators misfired from that point forward.

Mike Tolomia carried Phoenix-FEU with 29 points, five assists, and four rebounds, while Conference MVP Belo had 24 markers, 17 coming in the fourth, to go with 15 boards.

Game 5 is on Thursday at Ynares Sports Arena in Pasig. TVJ