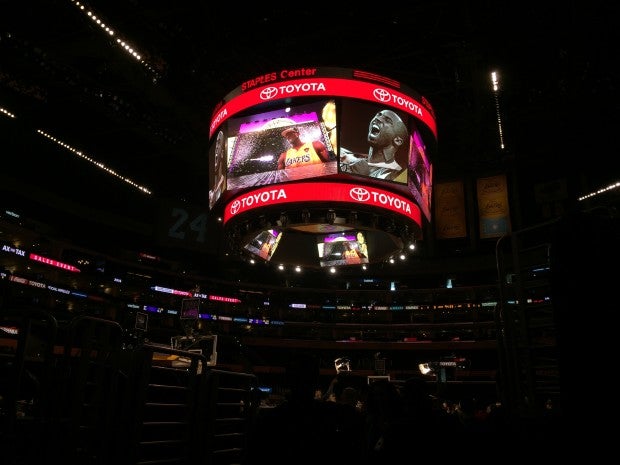 The seats are dressed in freebie Kobe shirts and the Jumbotron is flashing clips and photos of the five-time champion to warm up the crowd before the 7:30 p.m. (US time) tipoff.

Fans proudly wearing Bryant gear of all varieties can be spotted even from blocks away from the arena located at downtown LA and as you go nearer, you can spot Bryant’s name at almost every turn.

Just outside the arena, “Kobe! Kobe!” chants can be heard from afar with a pre-game party to pump fans up in full swing.

Not that there was still a need to.

History beckons as Bryant sets foot in the same place where 16 banners hang, five of which was delivered under Bryant’s leadership in his 20-year career as a Laker, for the final time.

The game is expected to be one of the most watched games in the recent NBA history, especially in the Philippines where Bryant has a solid following.

As a thank you from Bryant, all fans at Staples will get special commemorative The Black Mamba shirts, among other freebies.