Mondilla eyes two in a row 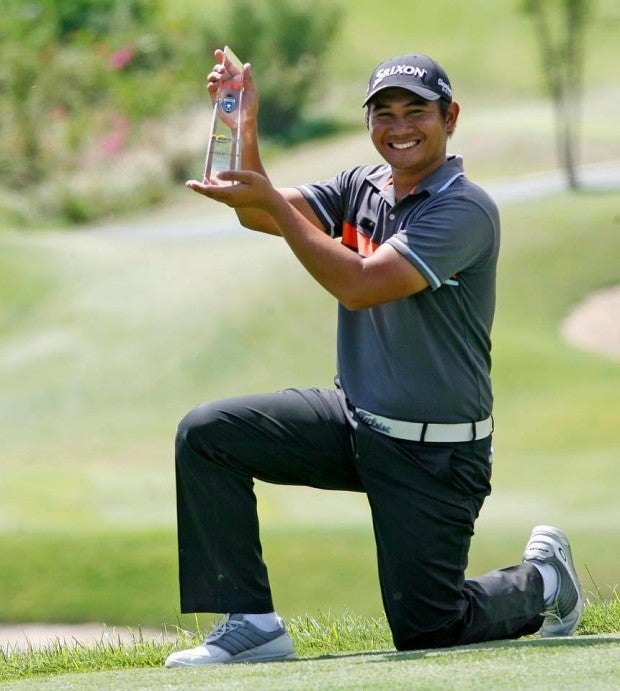 WITH his morale at a high, Clyde Mondilla guns for the first back-to-back triumph of his career starting today when the P1-million ICTSI Calatagan Invitational tees off in Batangas.

The long-hitting Bukidnon shotmaker will come into the 72-hole championship less than two weeks after ruling the Manila Masters in a playoff over top rookie pro Jobim Carlos.

Mondilla is confident of another strong showing with his knowledge of the layout.

“I’m feeling good and confident,” he said in Filipino after playing in yesterday’s traditional pro-am.

Carlos is also in the fold and is itching to atone for his final-round meltdown in Eastridge, with the multititled Antonio Lascuña the only one from among the country’s big four seeing action in the tournament.

The 23-year-old Carlos also has vast knowledge of the Calatagan layout, having practiced there many times as a member of the Canlubang PAL Interclub team.

Calatagan is a Robert Trent Jones Jr.-created gem that requires not only length but accuracy off the tees. Visiting its dense tree-lined roughs could mean bogey or worse for anyone.

Albin Engino, meanwhile, led his team composed of Raul Montealto, Ronnie Guico and Emmanuel Rabe to the pro-am victory with a 16-under-par 56.