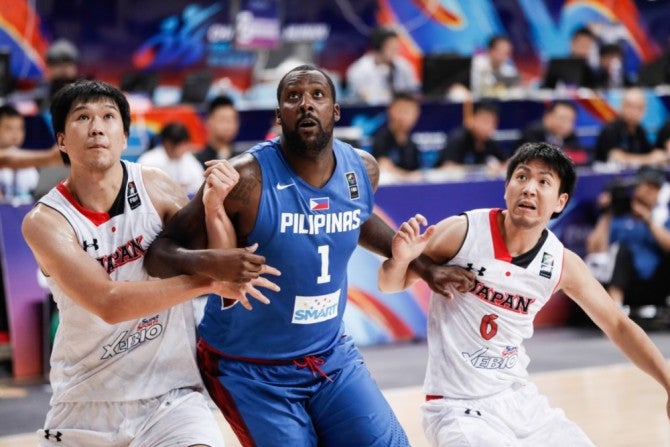 A couple of Japanese players try to keep Gilas big man Andray Blatche (1) from getting the rebound. Photo from Fiba.com

The 6-foot-11 former Brooklyn Net in the National Basketball Association was supposed to plane in over the weekend but asked to delay his arrival until after his mother gets much needed surgery.

Blatche’s mother, according to an Inquirer source that asked not to be identified at the moment, is critically ill and would go under a delicate operation slated on May 24.

The center has emailed Samahang Basketbol ng Pilipinas officials a few days ago and, according to the source, will be having a video call with the other Gilas players during practice Wednesday to explain his absence.

Blatche’s new date of arrival would be either May 26 or 27.