NBA: Dan Gilbert to give rings to all Quicken Loans Arena workers 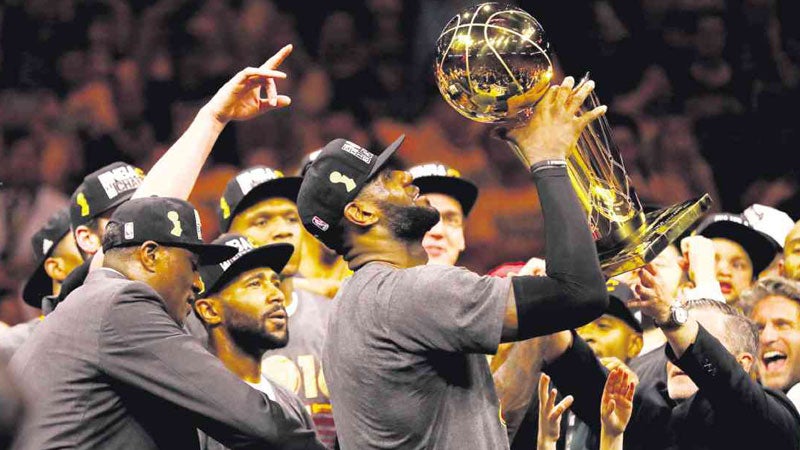 Christmas season is still a few months away, but the “spirit of giving” is already strong with the Cleveland Cavaliers organization.

The defending NBA champ’s generosity when it comes to sharing their hard-earned championship hardware continues, as the organization will reportedly be handing out title rings to more than 1,000 employees who worked at the Quicken Loans Arena throughout the 2015-16 NBA season.

The team owner himself, Dan Gilbert, will be handing out the rings to both employees of the building and the organization, according to Cleveland.com’s Joe Wardon.

The shiny tokens will not be exclusive to office executives, as the the team will reportedly hook up everyone from the food vendors up to the janitors.

The workers will not receive the same personalized, diamond-crusted rings as the players, but the total cost of giveaways is estimated to be over $1 million.

The announcement comes after former Cavs head coach David Blatt and former bench player Anderson Varejao were reported to receive rings for their contributions to the team in the earlier part of the season.

Blatt coached the team for the first 41 games before being replaced by Tyronn Lue, while Varejao came off the bench for 31 games prior to being moved before the trade deadline.

The team’s ring ceremony is expected to take place before the home opener against the New York Knicks on Oct. 25.  Khristian Ibarrola