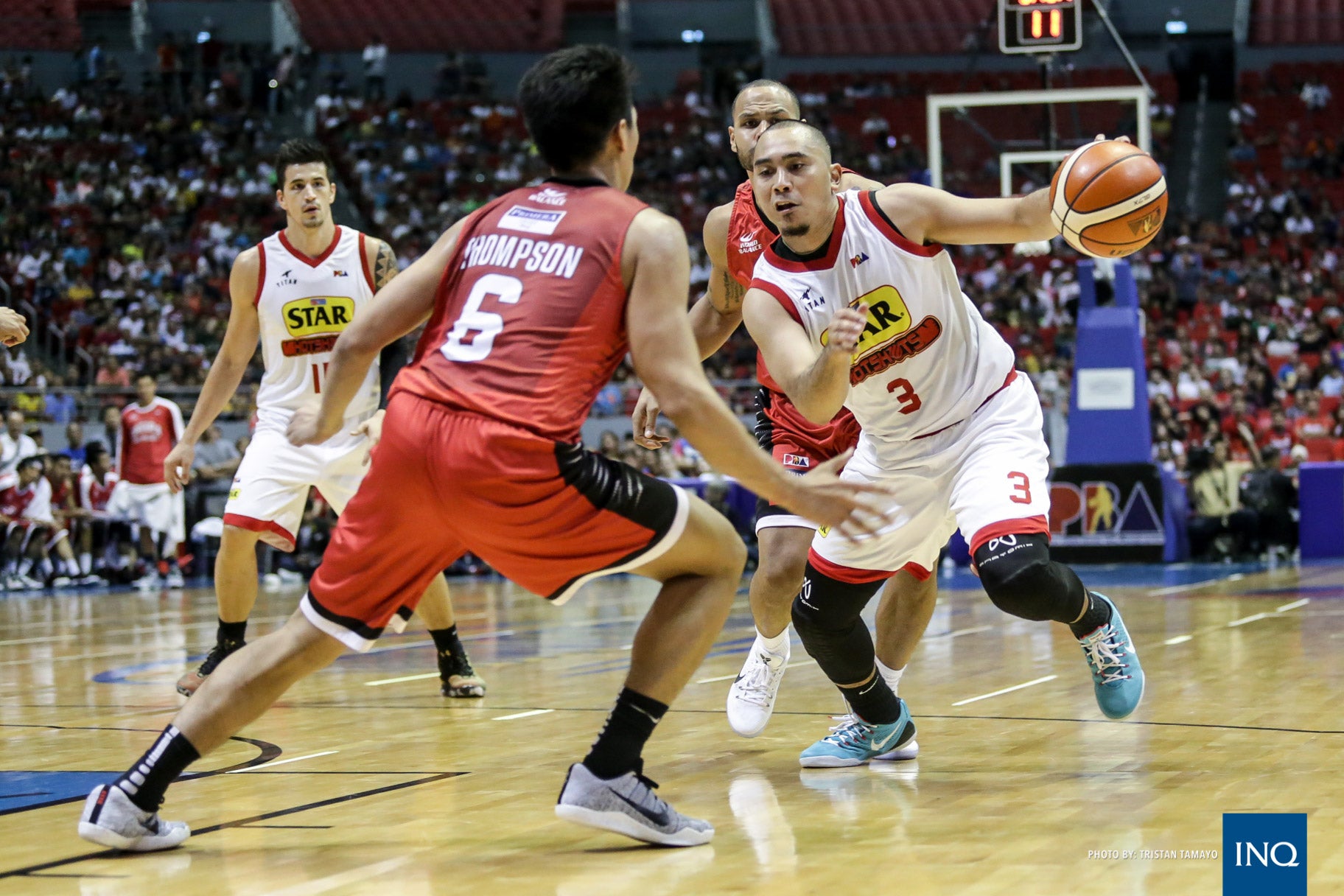 One of the  biggest flops last season when they failed to reach the semifinals in all three tournaments of the league, the Hotshots are now within two wins of eliminating  Barangay Ginebra in their best-of-seven semifinal series.

With Paul Lee proving Star’s most brilliant acquisition from Rain or Shine in exchange for two-time Most Valuable Player James Yap, the Hotshots raised their victory streak to eight games with back-to-back 78-74 and 91-89 decisions of the Gin Kings last week. They shoot for a 3-0 lead Monday.

Oozing with confidence after ousting last year’s runner-up Alaska in the quarterfinals to become just the fourth No. 7 seed to eliminate the No. 2 qualifier, Ginebra and its multitude of fans had the shock of their lives when they found Star a tough nut to crack this time.

The Hotshots, who won their last four games in the eliminations with an average margin of 34 points, showed their defensive mettle in avenging their 86-79 Christmas Day loss in their first Final Four meeting last Thursday before reprising  their narrow escape two days later.

Lee was the thorn on the Ginebra side both times. The crack guard broke a 69-69 tie in the first game with a triple, and when Ginebra threatened at 74-76, Lee eluded three Kings with a running shot off the glass with 25 seconds left to eventually set the final count.

Again, it was Lee who provided Star breathing room in the clutch in Game 2 with his fastbreak layup giving the Hotshots an 89-85 lead with barely a minute left.

Then Rafi Reavis helped secure the win with a key rebound and two free thows with seven seconds left.

After winning just 12 of 36 games last season, the Hotshots have won 11 of 15 games so far with a lineup that now includes rookie Jio Jalalon and former Mahindra gunner Aldrech Ramos as replacements for RR Garcia (now with San Miguel) and Alex Mallari (now with Mahindra).

On Friday, the Texers took advantage of a rare power shortage of the Beermen to tie their own series for the other title slot at 1-1.

Outplayed by the Beermen who roared to their franchise-best 11 straight victory, 111-98, in the semifinals opener, the KaTropa managed to pull out an 87-85 squeaker in Game 2 behind a 7-0 final rally from 80-82.

Marcio Lassiter, who led SMB in Game 1 with 22 points, fouled out in the last quarter after hitting only eight and Arwind Santos made only nine points while committing an error and then fumbling what could have been the last SMB attempt in the dying seconds.

Troy Rosario came back from a Game 1 shutout to pace TNT with 14 points.