The Philippines has left an indelible mark on Glen Rice’s mind that seven years after his first arrival here, he still talks about his first exhibition game here like it was just yesterday.

And he has every reason to do so, especially after witnessing one of the country’s fabled snipers strut his stuff in front of his very eyes.

“I believe his nickname was ‘Trigger(man)’,” he said, referring to moniker given to PBA great Allan
Caidic. “He was incredible. He was raining three and when you have guys shooting like he was that night. It’s hard to forget guys like that.”

Caidic left quite an impression on the three-time NBA All-Star after lighting up for 54 points when the two teamed up in the 2010 NBA Asia Challenge.

And Rice is hoping to meet the Ginebra sharp shooter anew during his visit to the country for NBA’s Filipino Heritage Week. 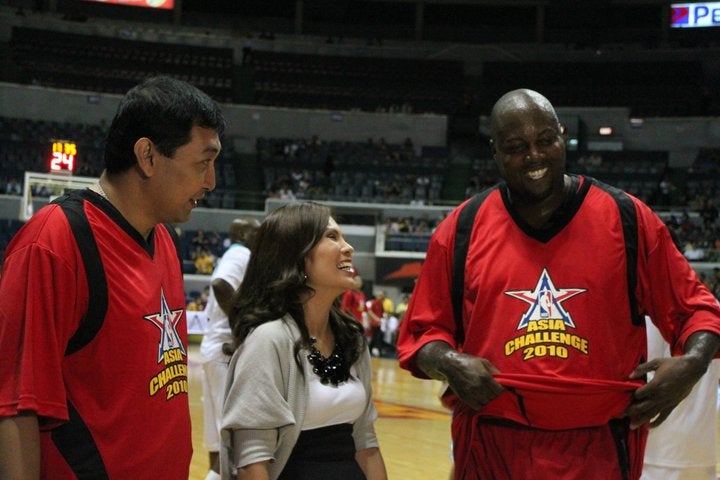 “I have not made contact with him. I’m very hopeful that we make some kind of contact while I’m here. I mean, that would be definitely the icing on the cake,” he said.

Aside from Caidic, Rice is also looking forward to learn more on the Philippine culture as he spends a week in the country, gracing viewing parties featuring the Miami Heat, coached by Fil-Am mentor Erik Spoelstra, and the Golden State Warriors, where almost 3.4 million Filipinos live in San Francisco.

“It’s really been great for me here. I’ve been welcomed here open arms. The hospitality here is above and beyond,” he said. “The Heritage Week gives me more chance to learn the culture and I want you all to just feed me all you could feed me. I want to be a sponge because I want to know new things about (the Filipino) culture.”

Seeing the passion the Filipinos have for the sport of basketball, Rice shared that there’s no doubt that sooner or later, the country will eventually have its full-blooded player in the NBA.

“The sport’s availability here is like night and day. You can pretty much play any time. When you able to have that much playing time in basketball, your skill level is gonna be a lot higher, say versus other countries that play only in the weekends. It’s really giving themselves a really good shot to have good players come out of here,” he said.