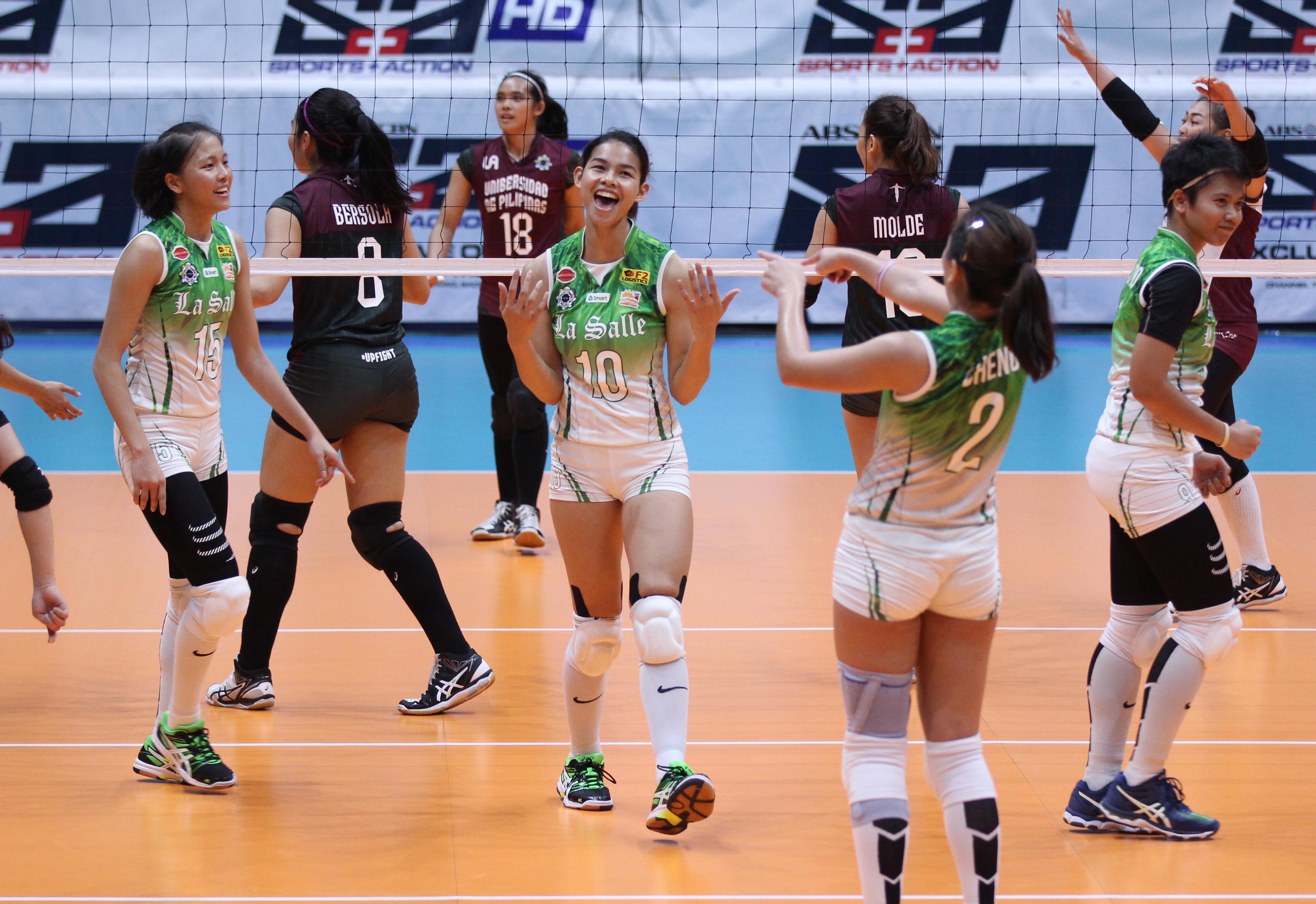 La Salle reacts after scoring a point against University of the Philippines in the UAAP Season 79 women’s volleyball tournament. CONTRIBUTED PHOTO / ST

The Lady Spikers won their third straight game and improved to an 8-2 record while the Lady Maroons, who have now dropped five of their last six games, slipped to 5-5.

Mary Joy Baron rose to meet Nicole Tiamzon in midair and deny the UP veteran that sealed the victory for the Lady Spikers.

La Salle assistant coach Noel Orcullo said this was a revenge game against the Lady Maroons, who beat them in the first round in straight sets, 25-22, 25-21, 25-19.

“The players got affected by what UP did in the first round, they were distracted when UP ran around the floor,” said Orcullo. “We told them that they shouldn’t think about what UP was doing.”

“And we knew that we would be able to overcome UP because we already told them what to do.”

In a match where both teams limited their errors to less than 20, it was in the service and blocking departments that the Lady Spikers made a killing.

La Salle scored on nine kill blocks while bombarding UP with 11 service aces.

Isa Molde had 12 points to lead the Lady Maroons.