UP wins 2nd place in Shell Eco-marathon in Singapore 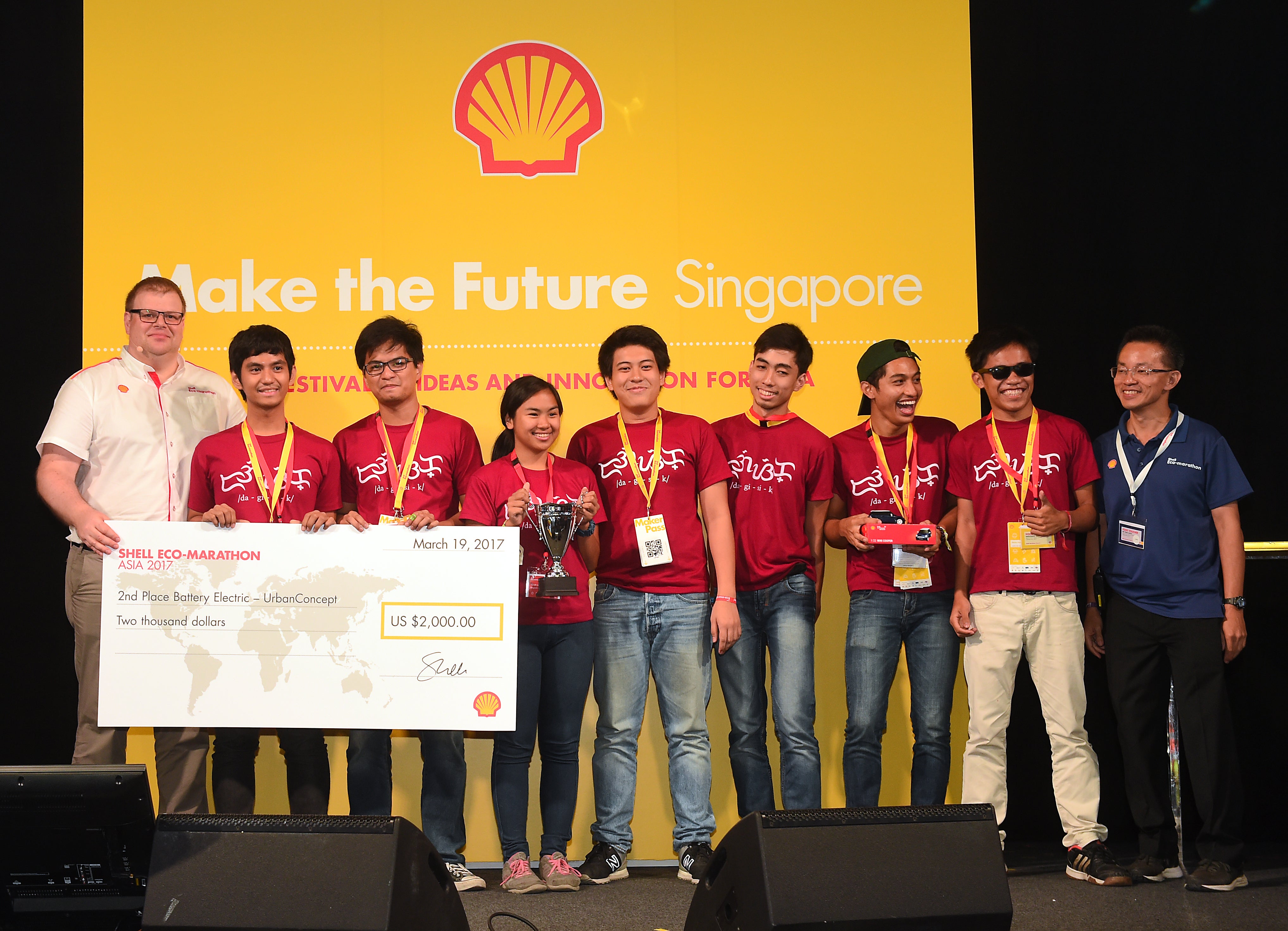 Team Dagisik UP of the University of the Philippines-Diliman won 2nd place in the UrbanConcept battery electric category in the recently concluded Shell Eco-marathon Asia in Singapore.

Dagisik’s energy-efficient vehicle posted a mileage result of 107 km/kWh, a point lower from that of Vietnam’s Lac Hong University which had the best record of 108 km/kWh. Institut Teknologi Sepuluh Nopember of Indonesia placed third with a result of 100 km/kWh.

The eight students from UP Electrical and Electronics Engineering Institute, led by King Marc Dimapilis on electronics and Johann Kenneth Alcantara on mechanics, bagged a prize of $2,000 (P100,400).

Team “Dagisik,” a Filipino term for electron, also emerged as champions in the same category during the local version of the Shell Eco-marathon held in Pampanga last month. Fifteen teams from 11 Philippine engineering schools competed against 109 teams from 19 other Asia-Pacific countries in this year’s Eco-marathon Asia, which gathered students to design, build and drive the most energy-efficient vehicles.

Each team must build one of two types of energy-efficient cars: the prototype, a futuristic and highly aerodynamic vehicle; or UrbanConcept, a highly economical and innovative vehicle that resembles present cars. Teams must aim for the highest mileage with the least amount of energy used.

Read Next
La Salle posts 3rd straight win, beats struggling UP
EDITORS' PICK
Bong Go demands ‘fair reporting’ from ABS-CBN but will appeal to Duterte to save jobs
Mallorca City: Home of Cavite’s finest industrial hub
Wilder says costume wore him down before Fury did
Franchise of media giant to go on Guevarra tells senators
ABS-CBN apologizes to Duterte for 2016 election ad mess
Here’s How Protein and Calcium Deficiency Can Affect Your Kid’s Health
MOST READ
Jordan: ‘When Kobe Bryant died, a piece of me died’
Dominguez: ABS-CBN account on unaired ads ‘does not tally’ with Duterte campaign experience
Duterte: Set aside petty political differences to ensure Edsa legacy lives on
Kirk Douglas leaves most of $61 million fortune for charity, nothing for son Michael — report
Don't miss out on the latest news and information.