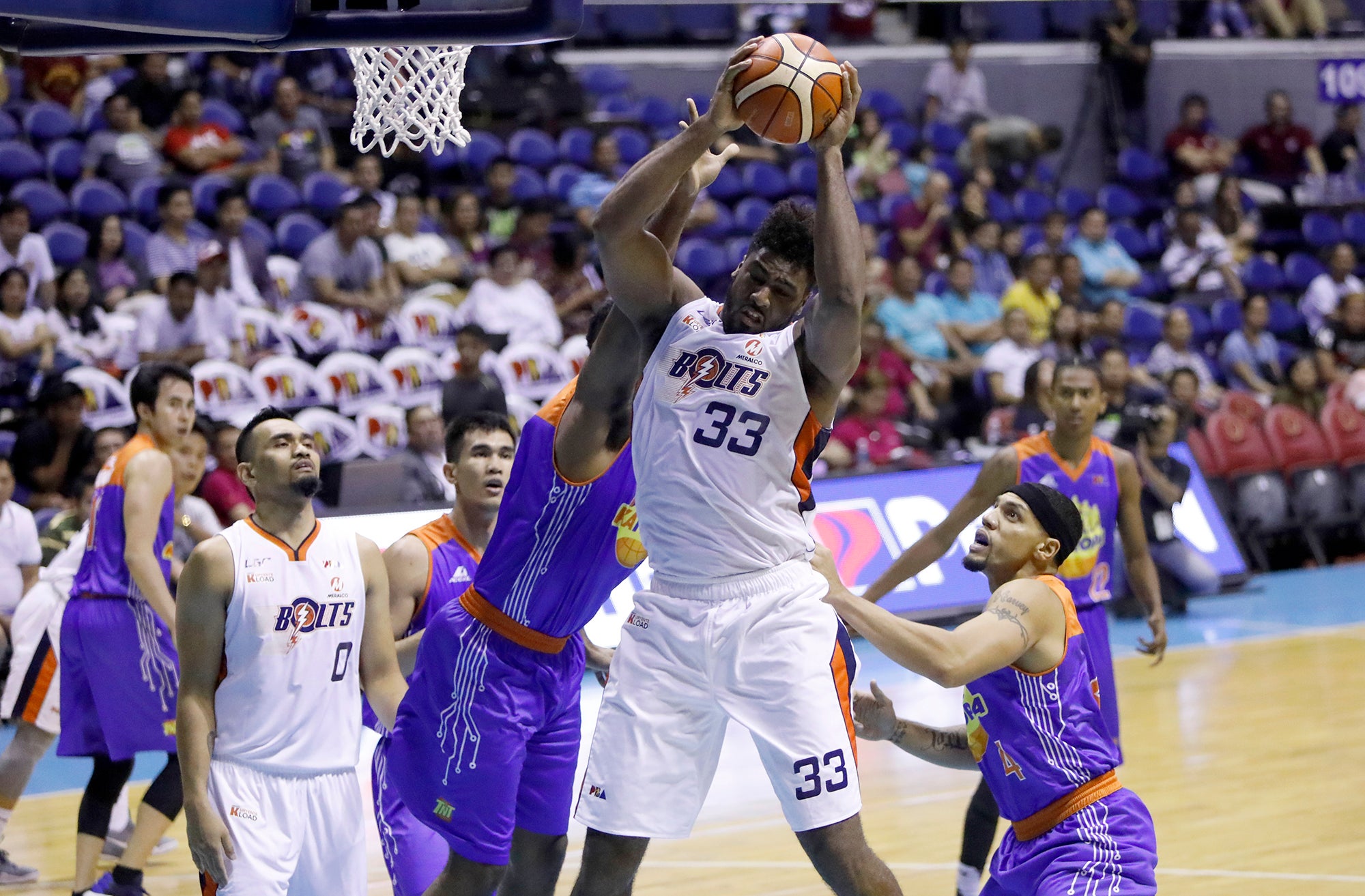 Alex Stepheson led the Bolts with 20 points and 27 rebounds, but got plenty of help from the locals as they repulsed their sister team.

The Bolts’ defense was spot-on anew as they once again kept their opponent below 90 points, much to the delight of coach Norman Black.

“That seems to be the key,” he said. “That’s were trying to focus on: our defense. We don’t think we have the team to score 100 or 110 points every night so it’s very important for us to slow down our opponents.”

Meralco replicated last year’s 3-0 start, but Black was more impressed with how his wards survived three games in eight days.

“It’s really good for us to get to a good start. It’s a different feeling right now and it’s mostly because we have a man in the middle. Our locals also think we have a good chance to do well this conference,” he said.

The KaTropa tried to close in and got to within three, 85-82, in the final 3:18, but a jumper from Amer and a Dillinger corner three secured the victory for Meralco, 90-82 with 1:11 remaining.

TNT was also hampered by its 8-of-21 clip from the charity stripe, with a woeful 2-of-8 clip coming in the payoff period.

Lou Amundson had 19 points and 18 rebounds in his TNT debut, while Roger Pogoy added 10 of his 15 markers in the failed fourth quarter fightback, on top of nine boards.

Ryan Reyes also got 11 points as the KaTropa rested Jayson Castro, who is still recovering from his hamstring injury.