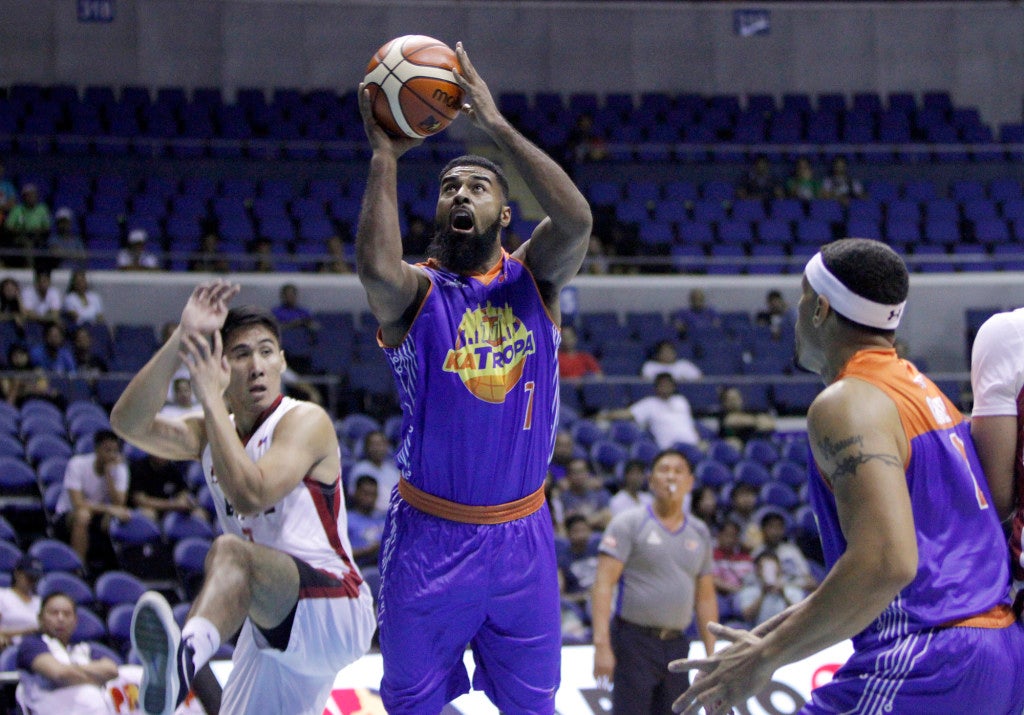 Mo Tautuaa, who missed TNT’s 92-89 thriller over Blackwater on Friday, is hoping to get back on the grind sooner than later.

The sophomore big man shared that he is nursing a bruised rib and a bruised spleen which has left him out of action for the past week.

But the main culprit for Tautuaa’s absence is a member of their own squad: NBA legend and assistant coach Alton Lister.

“Coach Alton (Lister) hit me really freaking hard,” he said, playfully blaming the big man coach. “Put that on. That’s the man. If you don’t want to get mad at someone, get mad at coach Alton. He’s public enemy no. 1. He’s the enemy.”

Already in the fourth day of what was supposed to be just a three-day recovery period on Friday, Tautuaa is still waiting for the doctor’s go signal before he gets back in training though he’s feeling better.

“I should be getting better by now, so it’s only a matter of time. I’m better than when that initially happened, but right now, I’ve seen better days. Hopefully, I will be back soon,” he said.

What adds to Tautuaa’s excitement is the chance to learn and slug it out against TNT import and former Sacramento King Donte Greene.

“He’s good, he’s a smooth player. He got the handles and shooting. He got post-game, and all-around, he’s doing well,” he said. “We like Lou (Amundson), but coach knows something that we don’t, so we got Greene for Lou and we’ll see how it works.”

TNT goes back to action on Friday against NLEX.