Undertaker era comes to a close at WrestleMania 33 | Inquirer Sports

Undertaker era comes to a close at WrestleMania 33 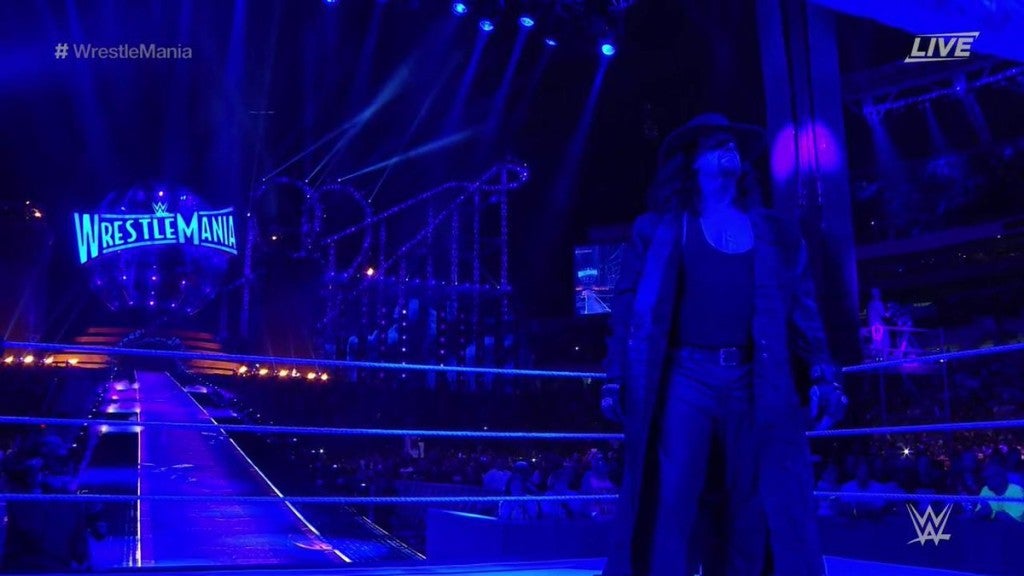 The Undertaker seemed to have bid his professional wrestling career goodbye at WrestleMania 33. Photo by WWE.com

Consider it an end of an era.

The Undertaker seemingly signaled his retirement from professional wrestling as he left his gloves, coat, and hat on the mat after the main event of WrestleMania 33 Sunday (Monday Manila time) at Camping World Stadium in Orlando.

The Deadman fell to Roman Reigns in only his second defeat in the Show of the Immortals, with The Big Dog spearing his way to the victory and proving that the WWE is now his yard.

The Undertaker refused to go down to Reigns’ power moves, but the final Spear proved to be too much as the former Shield member came away with the victory.

In the night’s other matches, Brock Lesnar finally exorcised his demons and defeated Goldberg to win the Universal Championship.

The Beast Incarnate survived four Spears and needed 10 German suplexes before finishing the job with an F5 to claim his fifth world title in the WWE.

Seth Rollins fought through his right knee injury and was triumphant in slaying the king as he beat Triple H in their unsanctioned match.

The Architect superkicked the WWE chief operating officer which sent him pushing Raw commissioner Stephanie McMahon off the apron and crashing to the table at ringside. Rollins would then hit a Pedigree on a stunned Triple H for the win. 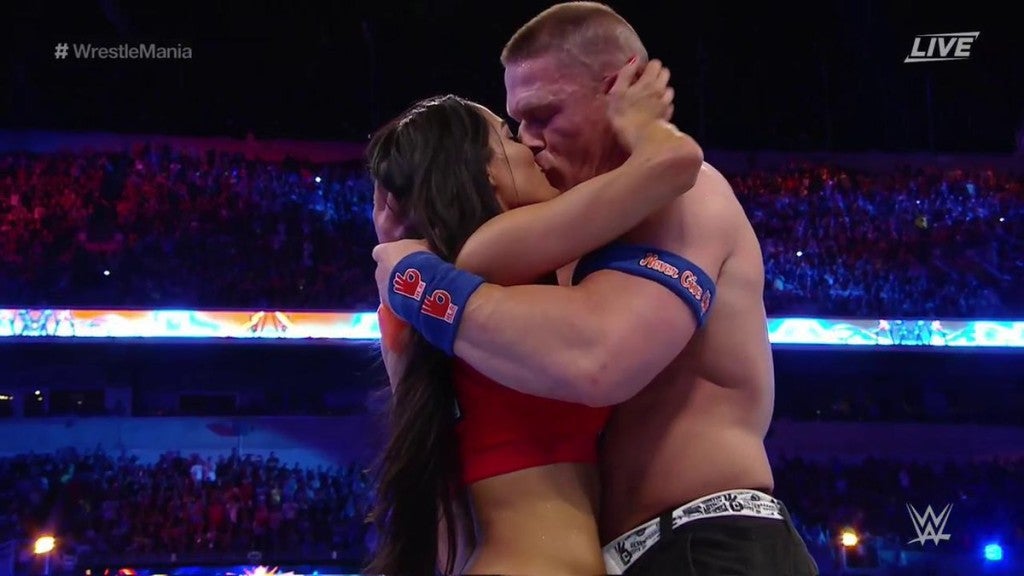 John Cena and Nikki Bella seal their fate with a kiss at WrestleMania 33. Photo by WWE.com

John Cena and Nikki Bella also won over The Miz and Maryse in their mixed tag team match, with the victors nailing their foes with Attitude Adjustment and Rack Attack 2.0 in stereo.

After the match, the 16-time WWE champion got down on one knee and proposed to his longtime girlfriend.

Naomi reclaimed her SmackDown Live Women’s Championship as she submitted Alexa Bliss in their six-pack challenge. She also beat Becky Lynch, Mickie James, Natalya, and Carmella in the match. 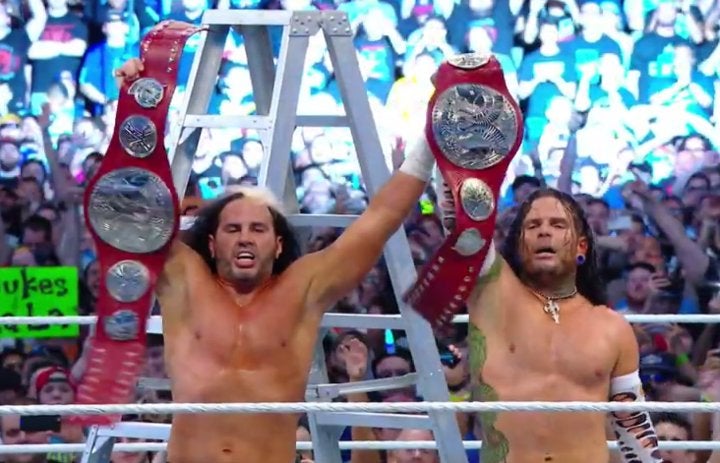 The Hardy Boyz made their shocking return and won the Raw Tag Team titles at WrestleMania 33. Photo by WWE.com

The Hardy Boyz also made their shocking return, snagging the Raw Tag Team Championships in a fatal-4-way ladder match.

Jeff Hardy nailed a swanton bomb on the prone Cesaro and Sheamus through two ladders at ringside as Matt Hardy claimed the title, as they also outlasted Enzo and Big Cass and dethroned champions Luke Gallows and Karl Anderson.

Kevin Owens exacted his revenge against Chris Jericho as he won the United States Championship after powerbombing his former best friend on the ring apron.

Mojo Rawley also came out of nowhere and became the fourth superstar to win the Andre the Giant Battle Royal.

His victory also came after a little help from best friend and New England Patriot Rob Gronkowski, as Rawley last eliminated Killian Dain and Jinder Mahal to win the match.

Neville continued his reign with the Cruiserweight Championship, topping Austin Aries with the Red Arrow. CBB