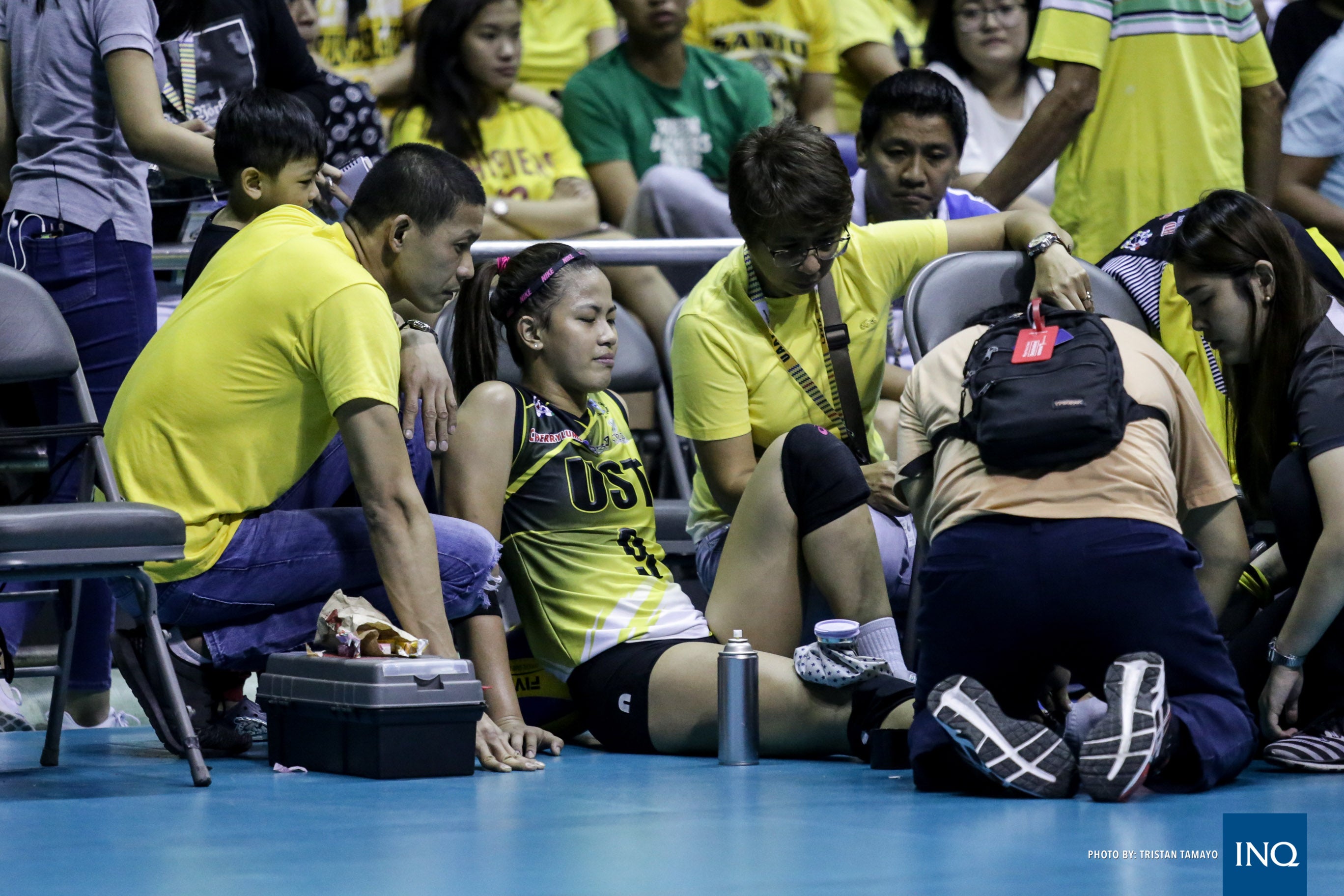 EJ Laure seems to have a knack for the dramatic.

In University of Santo Tomas’ final elimination match of the UAAP Season 79 women’s volleyball tournament, Laure tweaked her right ankle in the latter stages of the match but was able to hold on to see the Golden Tigresses take the 20-25, 19-25, 25-22, 25-21, 15-12 win.

Then a similar thing happened in her first Final Four appearance when she again landed awkwardly on her right ankle, this time against defending champions De La Salle University.

And while she recovered briefly at UST’s bench, Laure said she got a few words of advice from father Eddie, who was the one who taped her ankle. “He told me to not think about the sprain, and I just have to play the game no matter what,” said Laure after the game.

Laure had a bad fall early in the third set but with UST trailing two sets to one in a do-or-die match, the Season 77 Rookie of the Year soldiered on and managed to inspire her team to force a fourth set.

“When I left the game, I immediately wanted to return even though it was still hurting,” said Laure who had 14 points in the loss. “Of course the pain was there but you can’t really feel it and I just told myself that I can do it.”