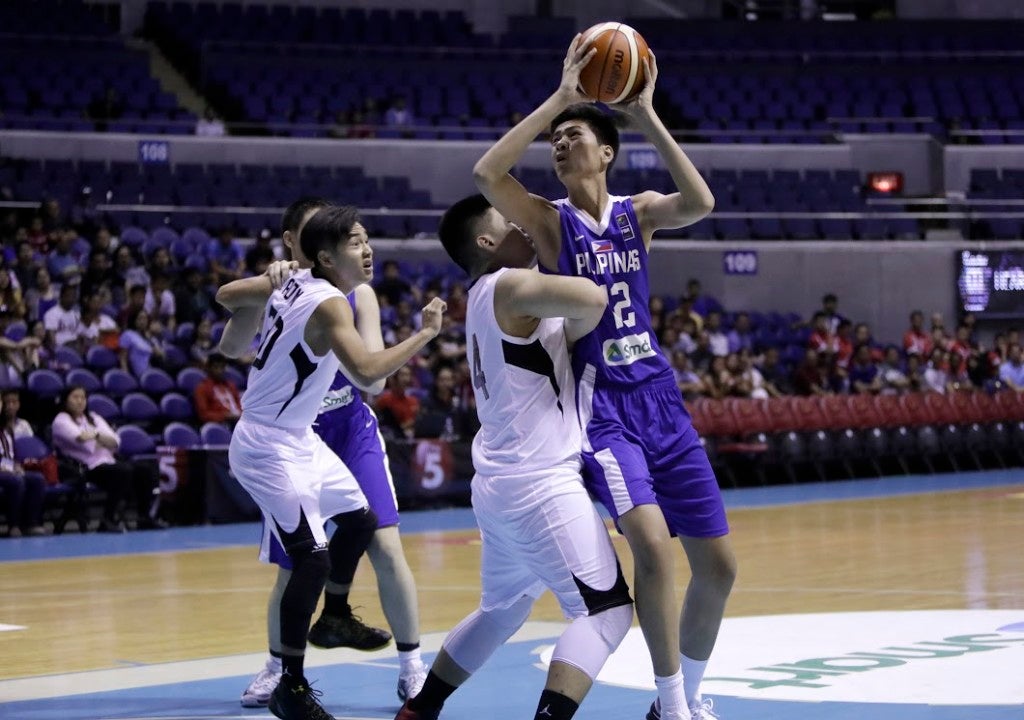 Following the footsteps of the men’s team, Batang Gilas Pilipinas cruised to a 108-42 victory over Singapore to open its campaign in the 2017 Seaba Under-16 Championship Sunday at Smart Araneta Coliseum.

Kai Sotto towered over the competition with 17 points, five rebounds, and three blocks off the bench, while Rence Padrigao got 14 markers, three boards, six assists, and four steals.

Terrence Fortea also chipped in 14 points, eight rebounds, and four dimes in the dominant win for the Philippines.

Batang Gilas jumped to a 9-0 lead and continued pouncing on the Singaporeans all game long, stretching the lead to the 66-point final spread as it displayed the country’s dominance even in the junior’s level.

However, coach Mike Oliver said Batang Gilas still needs to work on a lot of things.

“The boys are still feeling their way in the start. Fortunately, we were able to recover right away and they focused on defense,” he said in Filipino.

The Philippines faces Indonesia next on Monday.

Tor Lok Yao topped Singapore with 10 points, four rebounds, and three assists as he was the lone player to hit double-digits for the visitors. 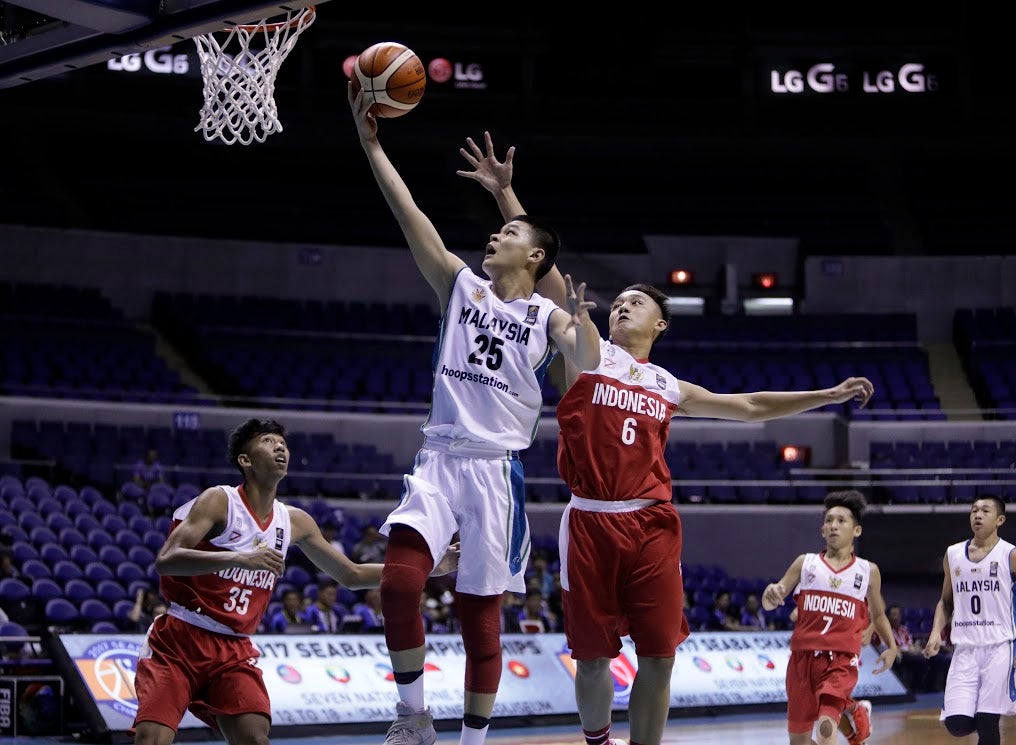 In the first game, Malaysia got its act together in time to hold off Indonesia, 63-58.

With the Malaysians misfiring for the better part of the second half and seeing what was once their 14-point lead, 50-36 turned to a 57-all deadlock with 3:37 to play, Yi Kang Teoh stole the ball clean and cruised for the go-ahead layup, 59-57 with 2:22 left.

Kotaro Hans flubbed his chance to tie the game for the Indonesians, missing an open layup that led to a Jason Khor for the insurance basket with 1:38 to play.

John Tang carried Malaysia to its first win with 23 points, nine rebounds, and two assists, while Khor got 11 markers and seven boards.

Teoh also had a decent debut for the Malaysians, going for five points, 11 rebounds, and eight assists. He did, however, commit 12 turnovers in his 31 minutes on the floor.

Darryl Sebastian paced Indonesia with 12 points and three rebounds in the loss.