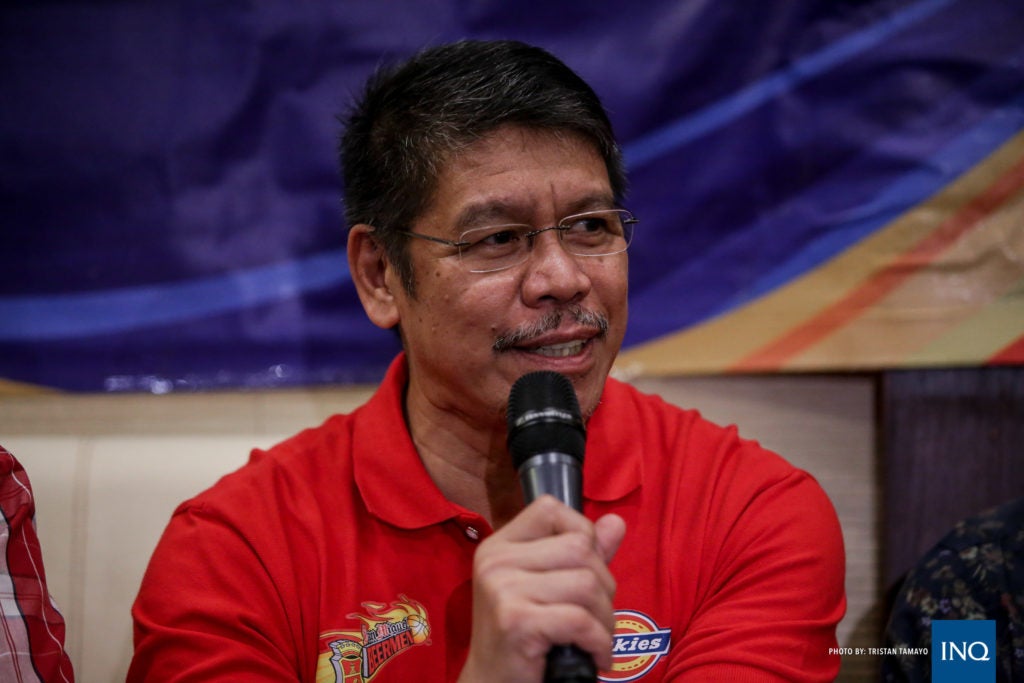 With an unblemished 4-0 record in the PBA Finals under his tutelage, San Miguel coach Leo Austria shared his bold plans going into the 2017 PBA Commissioner’s Cup Finals.

“We’re planning to extend that unbeaten record,” he said.

But don’t be fooled. Austria is well aware of how big of a threat TNT is when the two squads clash on Wednesday for Game 1.

The outspoken mentor didn’t discount the KaTropa’s hunger for the title, granting it’s been two years since the MVP group cornerstone last tasted the championship.

“It’s not going to be easy. They’re out there to win a championship because it’s been a long time for them. At the same time, we’ve always been their obstacle for them to get into the Finals,” he said.

With Austria in charge, San Miguel owned the number of TNT in the two times they met in the playoffs.

“I’m sure it’s always on their mind, and I’m sure that they will really prepare hard for this,” he said.

But Austria believes that San Miguel still has the upper hand against TNT thanks to its success in the past three years.

“For me, experience is the best teacher. I’ve been in basketball for a long time, and maybe the reason why teams keep on winning is because of experience. And in the Finals, you will know what will happen because everybody’s excited and very eager to win a game,” he said. “TNT has a lot of experienced players, but experience will help us a lot.”

And Austria is hopeful that this Finals appearance will put to rest the supposed curse for the Beermen in the second conference.

“I hope so. Before, we just make it to semifinals. But now, we’re in the Finals and it could be a great time for us to break the barrier,” he said.