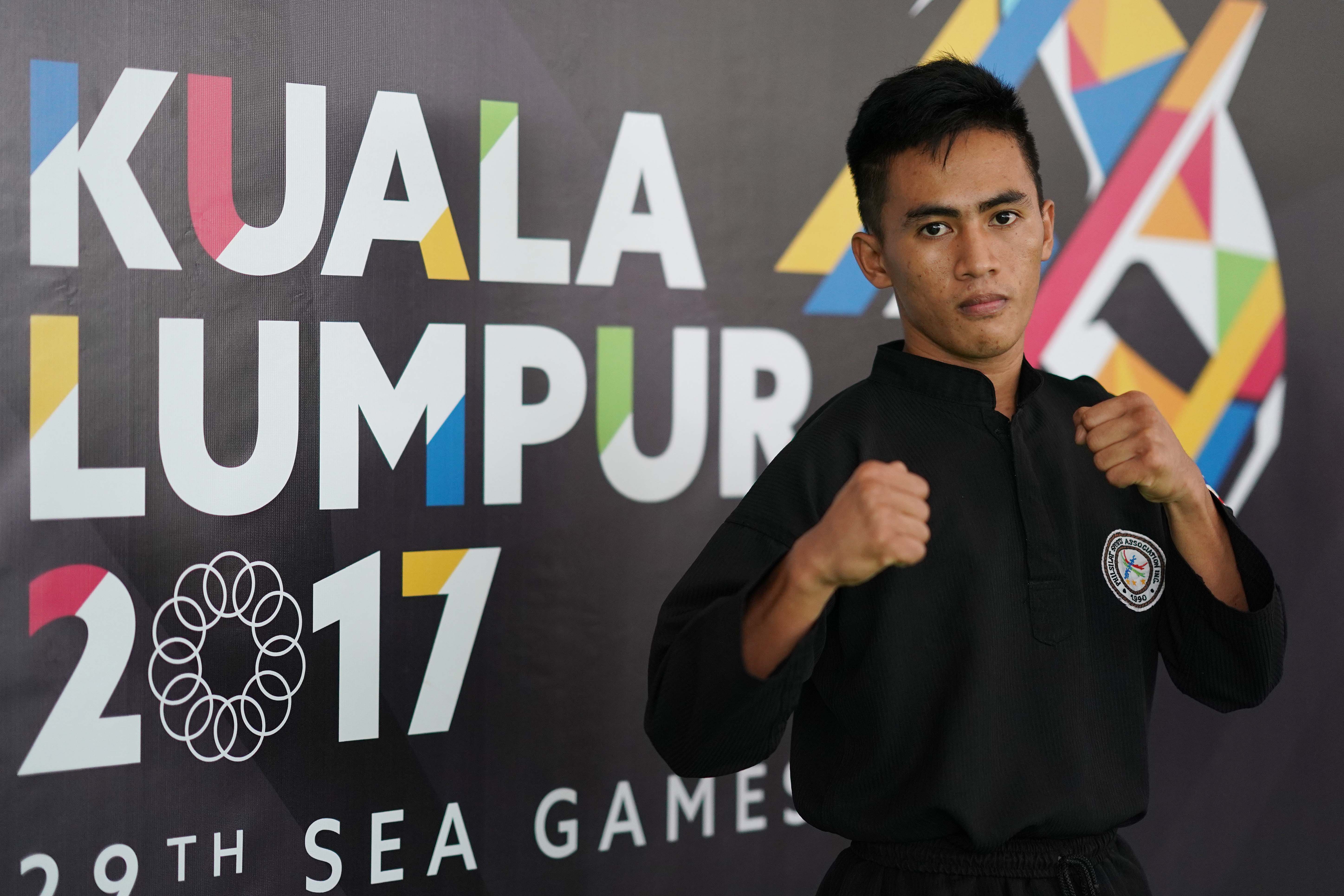 KUALA LUMPUR — The first thing 2017 Southeast Asian Games gold medalist Dines Dumaan wants to do when he returns to the Philippines is bond with his family back in Roxas City.

“I dedicate my gold medal to my countrymen and then to my family,” said the 21-year old Dumaan, who is a full-time athlete after dropping out from college.

Dumaan is second of a brood of six. Their parents are rice farmers.

He worked his way up all the way to the national team because of his impressive showing in the sparring sessions.

Dumaan also competed in wushu and taekwondo but now prefers pencak silat where he won the gold medal in the tanding Class A for 45-kg-50kg division in the SEA Games.

It was the Philippines’ first gold in the sport since 2005.

The Philippine pencak silat team will compete in Korea on Sept 21 for the third Asian Pencak Silat Championship.