Brownlee: We have to slow Durham down | Inquirer Sports

Brownlee: We have to slow Durham down 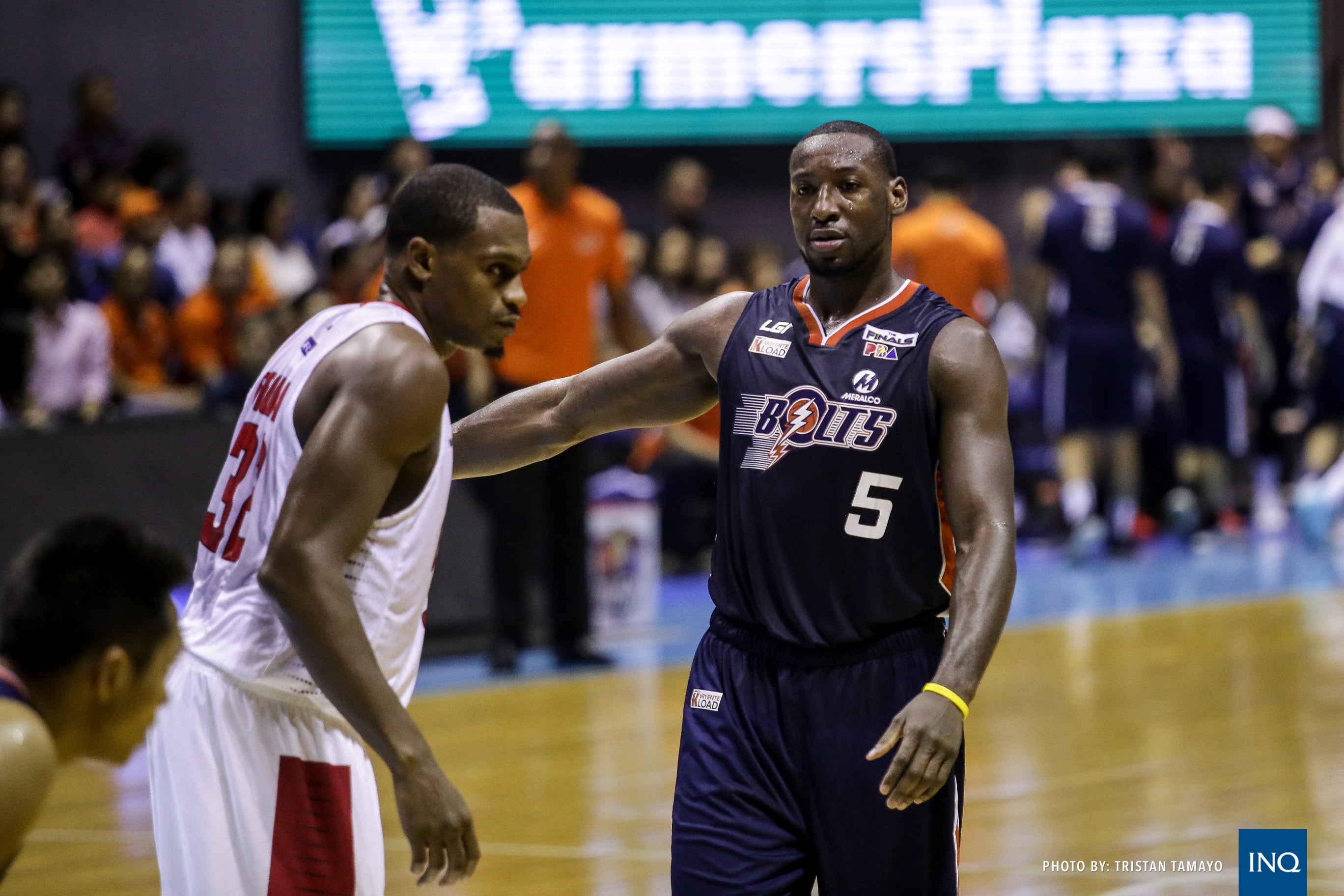 The probability of Meralco import Allen Durham dominating a game is as good as inevitable.

Durham, the Governors’ Cup back-to-back Best Import, is averaging 30.0 points, 18.6 rebounds and 6.0 assists per game in the first three games of the finals against Barangay Ginebra, a team that has a towering frontline with 7-foot Greg Slaughter and 6-foot-9 Japeth Aguilar.

The bull-strong Durham posted a 20-20 in Game 2 but he still managed to kick it up a notch with 38 points, 18 rebounds, four assists and five blocks in Game 3 to lead the Bolts to victory.

It’s a no-brainer that the Gin Kings’ top priority in Game 4 is to limit Durham’s production.

But even Gin Kings import Justin Brownlee isn’t sure if that’s even possible the way Durham has been tirelessly doing it all and yet show no signs of slowing down.

“No. 1 I think we have to find a way to probably slow Allen Durham down,” Brownlee told reporters after Meralco took Game 3, 94-81. “He had a big night. If he continues to have a big night for them it’s gonna be a lot of trouble for us. So I think that’s one of the thing that we’re gonna try to do.”

Brownlee said Durham hasn’t done something that is out of the ordinary by his standards.

“Not really surprised. It was almost a have to win type of situation for him. I’m sure they don’t want to go 3-0. We knew they’re going to be aggressive, they’re going to fight the whole game,” Brownlee said.

Game 4 is on Friday night at Araneta Coliseum.